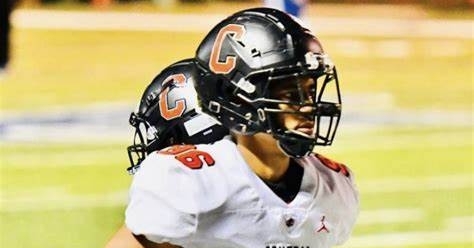 Clemson went back to the state of Alabama for its latest reported 2023 offer.

"WOW… Blessed to receive an offer from Clemson University," Parker said on Twitter.

Parker decommitted from Penn State earlier this week after being a pledge there for a little over a month.

Parker racked up 78 tackles, 27 tackles for loss, and 15 sacks as a junior last season.

He is rated as high as the No. 6 player in the state of Alabama and the No. 4 defensive lineman by 247Sports.

Clemson already has a prominent pledge out of Alabama from 5-star defensive lineman Peter Woods (Alabaster).