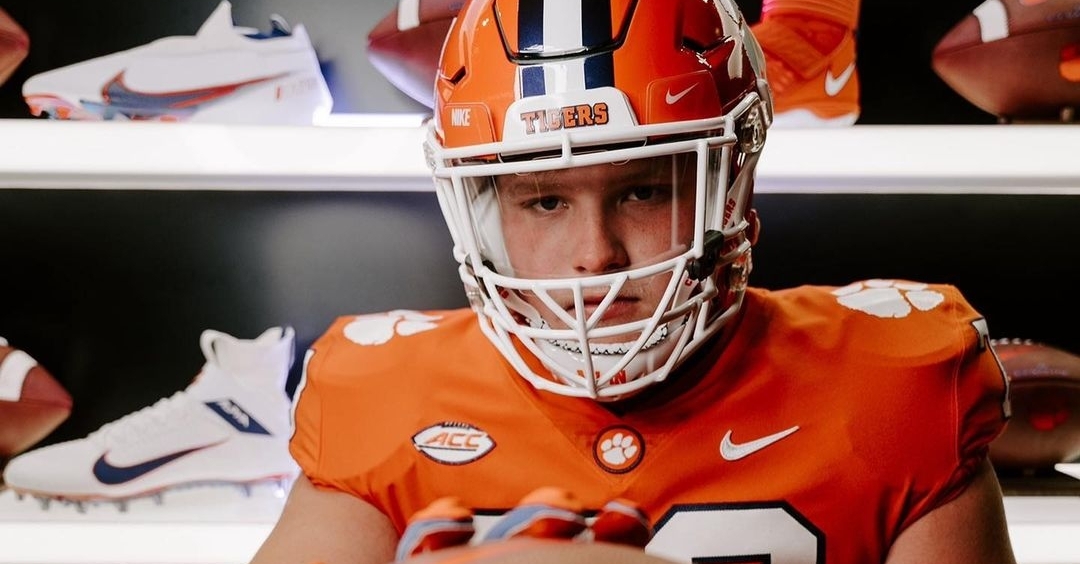 Clemson’s 2023 class continues to build a stronghold in the state of Texas after elite lineman Harris Sewell (Odessa Permian) announced a commitment on Wednesday.

"I am excited to say I am committing to Clemson University!" Sewell said in a social media announcement. "Coach Swinney, Coach Austin, and the Clemson Staff -- Thank you! You have given me a chance of a lifetime. I commit to you and your team all I have and all I can become!"

Sewell is ranked as high as the No. 2 offensive guard in the nation and No. 65 overall (ESPN).

He is a third 2023 Lone Star State pledge after the addition of fellow 4-star O-lineman Ian Reed and 4-star wide receiver Noble Johnson.

His pledge moves Clemson's class to 15 total and the Tigers up one spot to fourth in the 247Sports Team Composite rankings.

He could be a fourth 247Sports Composite top-100 offensive lineman to sign with Clemson in the last five classes (a third since 2020) and is currently the highest-ranked interior lineman to commit in Swinney's time as head coach.

Sewell was on hand for Clemson’s big official visit weekend in early June and marks a 12th pledge of the month for Dabo Swinney's program.

Great day to be a Tiger!!! pic.twitter.com/QkGbsH840s

Clemson is getting a good one in Harris Sewell. Big, tough, no-nonsense, country-strong kid who isn't afraid to mix it up and impose his will on people. @PaulStrelowTI