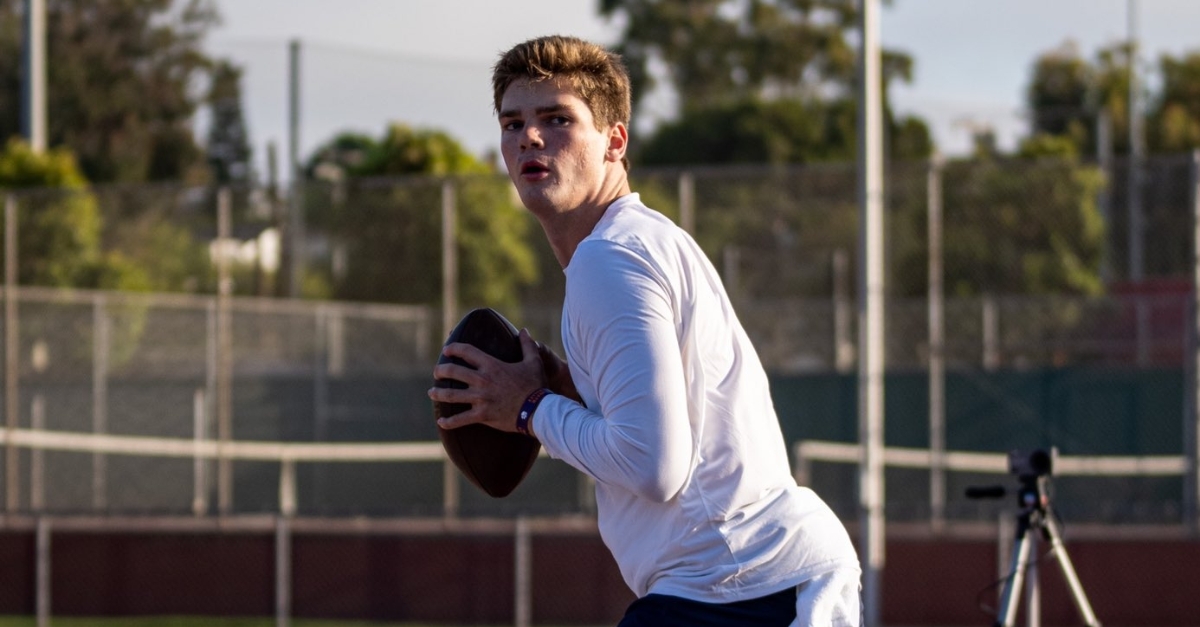 Clemson commit Christopher Vizzina made a case for being one of the top QBs in the 2023 class this week.

"Christopher Vizzina had a strong week at the Elite 11 Finals, highlighted by a four touchdown, zero interception performance in 7-on-7 on Thursday," On3.com's assessment said. The Birmingham (Ala.) Briarwood Christian signal caller threw a touchdown on every drive. He had several high-level throws during the session, including a pretty corner route and a dart over the middle for the final score. Even of the misses were still impressive throws, including some aggressive deep shots. Similar to (On3.com's Elite 11 MVP JJ) Kohl, we saw Vizzina adjust well to the presence of defensive backs, while others struggled with the speed.

"Vizzina showed a projectable physical skill set throughout the week. He’s all of 6-foot-4, 205 pounds. We came away thinking he had the best feet and drops on hand – something that shows up on film, as well."

"The Clemson commit was phenomenal throughout almost the entire session and really set himself apart from almost every other quarterback at the event. His passes were crisp and sharp, hitting the receivers in stride and getting there with pace.

"Vizzina’s deep ball was excellent and placed right in the receiver's hands. One ball sailed on him but other than that it was an excellent showing."

"Vizzina was one of our favorite quarterbacks during today's 7v7 action. He's able to get the ball out early and understands timing and anticipation. It also helps to have a cannon for an arm and he can make throws that many other quarterbacks are capable of. He has a college body right now, a quiet confidence about him and he's an ideal fit at Clemson, in terms of not just his talent but his makeup off the field as well."

Vizzina is ranked as high as the No. 4 QB in the nation currently (On3.com).