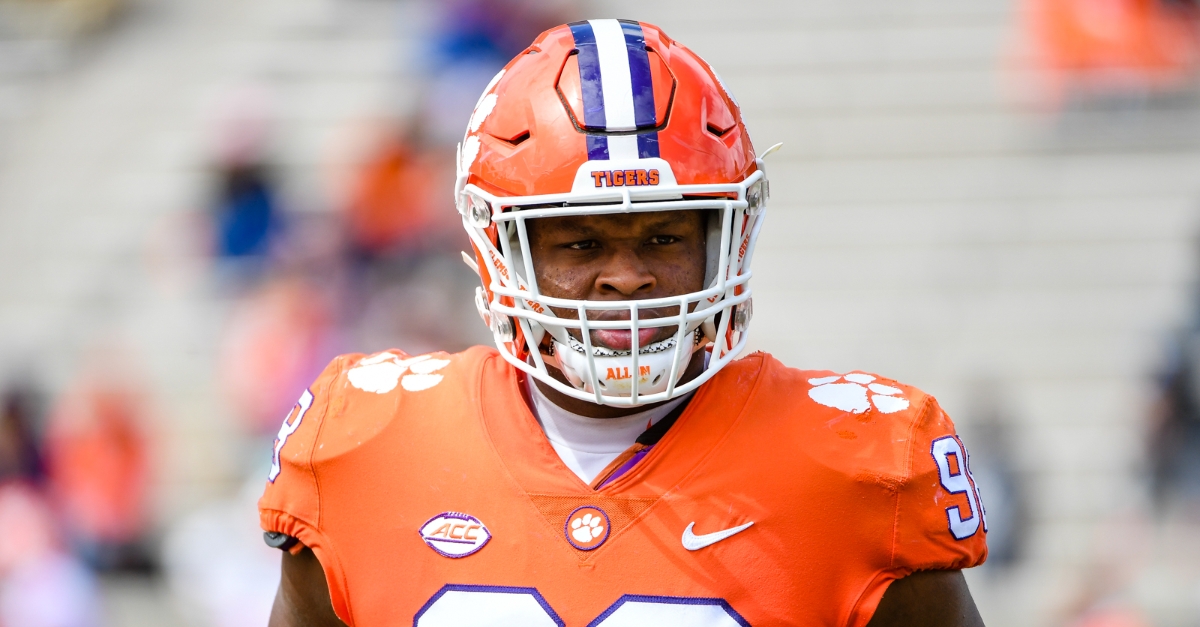 Myles Murphy is projected as Clemson's top-10 pick and one of three going in the first round by NFL.com's Daniel Jeremiah.

NFL.com's Daniel Jeremiah released his first 2023 NFL draft projection late this week and he has three Tigers going in the first round.

Defensive end Myles Murphy is picked first off the board at No. 10 to the Philadephia Eagles.

"The Lions add another athletic playmaker in Simpson, who could slide right next to Malcolm Rodriguez to form an excellent young LB corps," said Jeremiah.

Defensive lineman Bryan Bresee is last off the board at No. 30 to Kansas City.

"Teams are split on Bresee. I love the size (6-5, 305), quickness and toughness, but he has some stiffness and an injury history. The opportunity for him to learn from four-time Pro Bowler Chris Jones makes Kansas City the ideal landing spot," said Jeremiah.

On that returning Clemson D-line, The Athletic rates Ruke Orhorhoro as one of the top players who opted to return over going pro.

"Now a budding standout defensive tackle at Clemson, Orhorhoro posted an impressive fourth-year showing, after catching the attention of many in 2021 when he subbed in for an injured Bryan Bresee," said The Athletic's Nick Baumgardner. "Orhorhoro had five sacks in 300 pass-rush snaps in 2021; in 2022, he improved his pass-rush win rate to 10.2, per PFF. He is a player on the rise at an important position.

"With more seasoning, Orhorhoro has a chance to turn a top-100 grade into something much better in his final year with the Tigers."