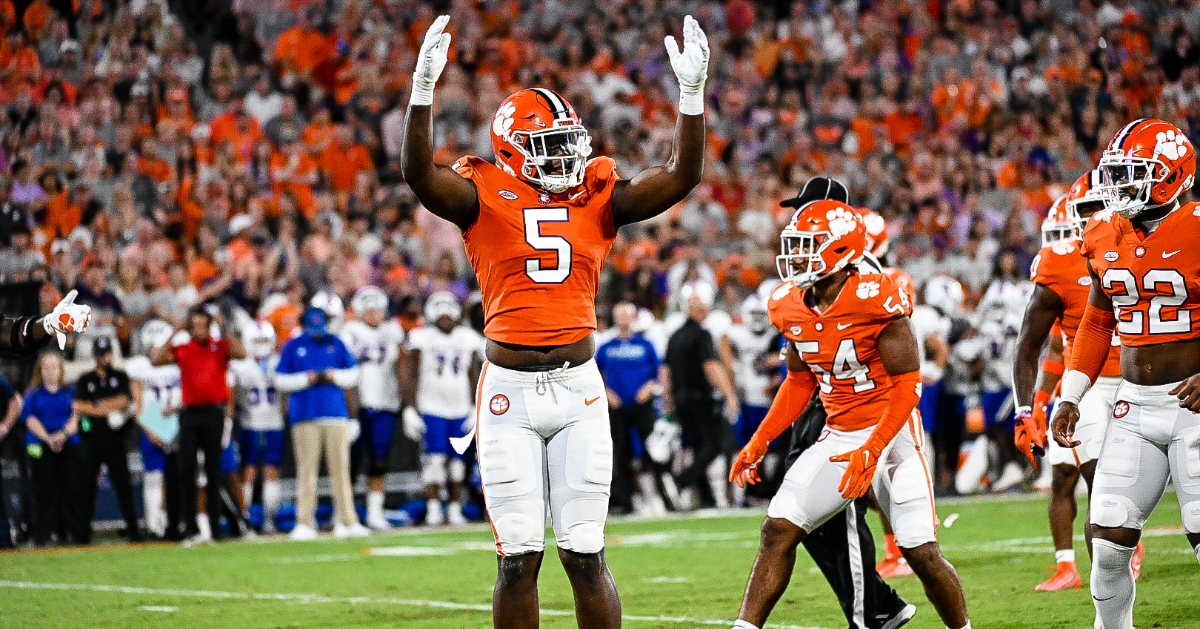 Pro Football Focus released its All-American and all-conference teams this week and a number of Tigers were honored.

At the All-America level, Clemson defenders KJ Henry and Jeremiah Trotter Jr. were named to the third team.

Henry ranked second on the Tigers in overall PFF grade (84.9) but leads the D-line when it comes to pass rush (85.8) with five sacks, five batted passes, 13 QB hits and 30 hurries.

On the All-ACC squads, Henry made first team along with Barrett Carter at the "FLEX."

Carter boasts solid PFF grades across the board in his versatility, ranking as a top-6 Clemson defender in the pass rush (82), against the run (77.8) and in coverage (72.3).

Trotter is joined on the second team by running back Will Shipley and defensive tackle Tyler Davis.