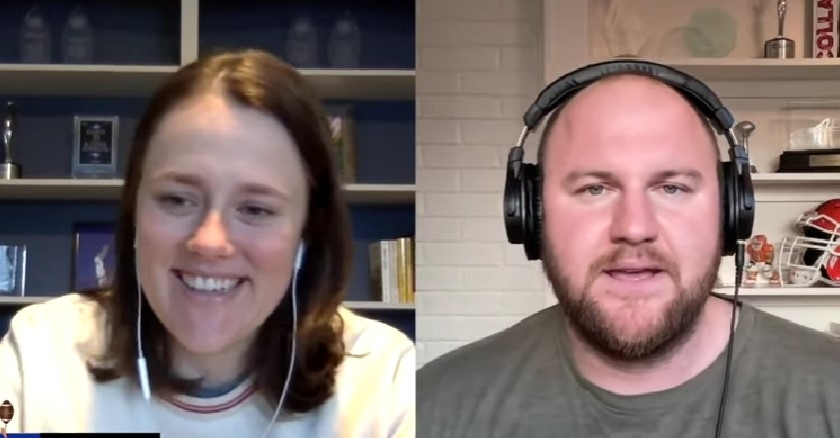 Garrett Riley will get the keys to the offense to do what he wants, says former Clemson lineman Eric Mac Lain.

Former Clemson athletes Kelly Gramlich and Eric Mac Lain gave their reactions to the hire of Garrett Riley as Clemson's new offensive coordinator this past week.

Mac Lain has high expectations for the move.

"There were a lot of articles already written and I kinda tweeted out, 'Hey Clemson, hold on to those receipts. Bring those back up come September when we start playing football,'" said Mac Lain. "Because so many just kinda discrediting and discounting the Tigers. I guess maybe that makes sense if you don't make any changes and you think how much natural progression can there be? How much growth can we truly see? But I think that's a little foolish too...

"But now that you've got a guy, that man, what he did for TCU and what he did for Max Duggan -- a guy that wasn't even the starter going into the season that was a Heisman finalist. Who I voted as the Heisman (winner). I mean, look out. I think there's going to be some really fun things that are going to happen at Clemson. You look at what he's been able to do. He's a run first, second, third guy -- and then let's be explosive...They're going to push the ball downfield. That's just what we've seen from Riley, and that's what we've seen from his brother (USC coach Lincoln Riley). That's where he comes from.

Mac Lain is interested to see what kind of control Riley has over the offense in total.

"The interesting thing for me is just how much control he gets," Mac Lain said. "He's going to make $2 million in '23. I don't think you're paying a guy $2 million to say, 'Hey, we're just going to tweak what we're doing. Just kinda take some plays out and...' I think it's his. That just makes sense to me. If you're going to make a move this drastic that sends shockwaves through college football, you've got to give him the keys to the car and fill it up with premium. Let's go. Let's get it going. To me, I think that's what we're going to see...

"There's a lot of excitement. I might be at every spring ball practice. We'll see. If they let me, I might be there" Mac Lain added with a smile.

"Have that kind of split carry where guys are still staying fresh," Mac Lain said of the ground game. "You still have a major threat at the quarterback position -- you have to respect it. Those safeties start creeping up and that's where you hit over the top. We saw that big play capability. Who's going to step up for Clemson in that aspect -- we'll find out."