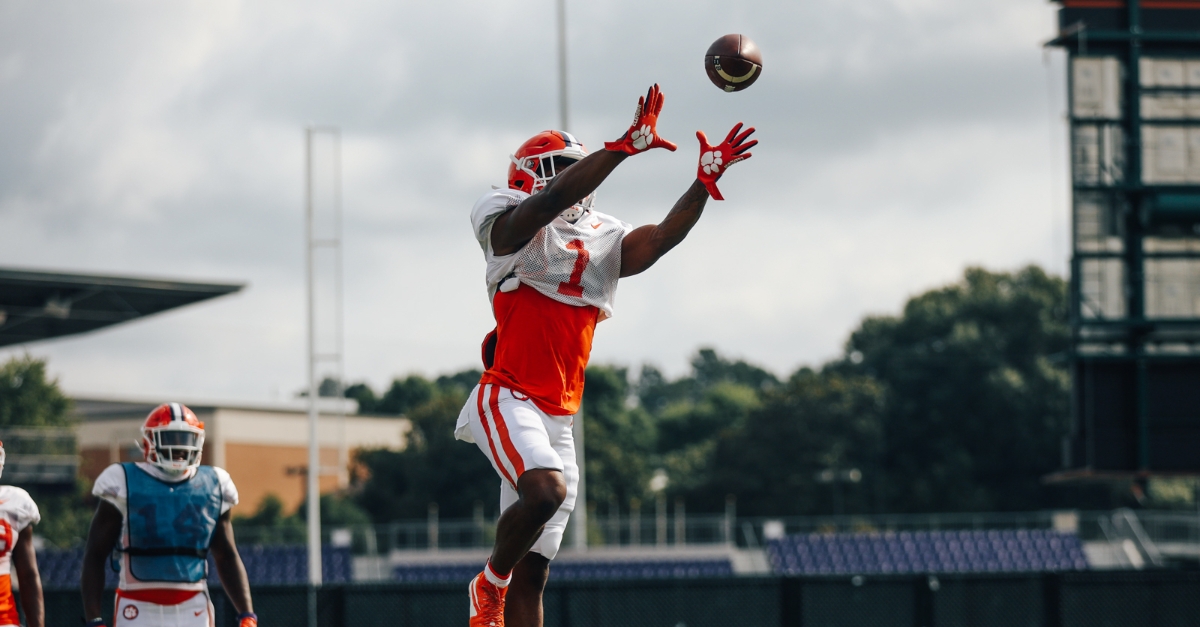 Bowman was a Tiger, then a Gator and now a Golden Knight. (Photo via Clemson Athletics)

Former Florida running back Demarkcus Bowman announced on Monday that he has committed to UCF.

"Orlando vs everybody," he tweeted on social media.

He signed with Clemson out of high school in 2020 and appeared in only two games before transferring out of the program a few months later in October.

During his brief stint with the Tigers, he had nine rushes for 32 yards.

He was a highly recruited five-star, and the No. 3 ranked running back out of high school.