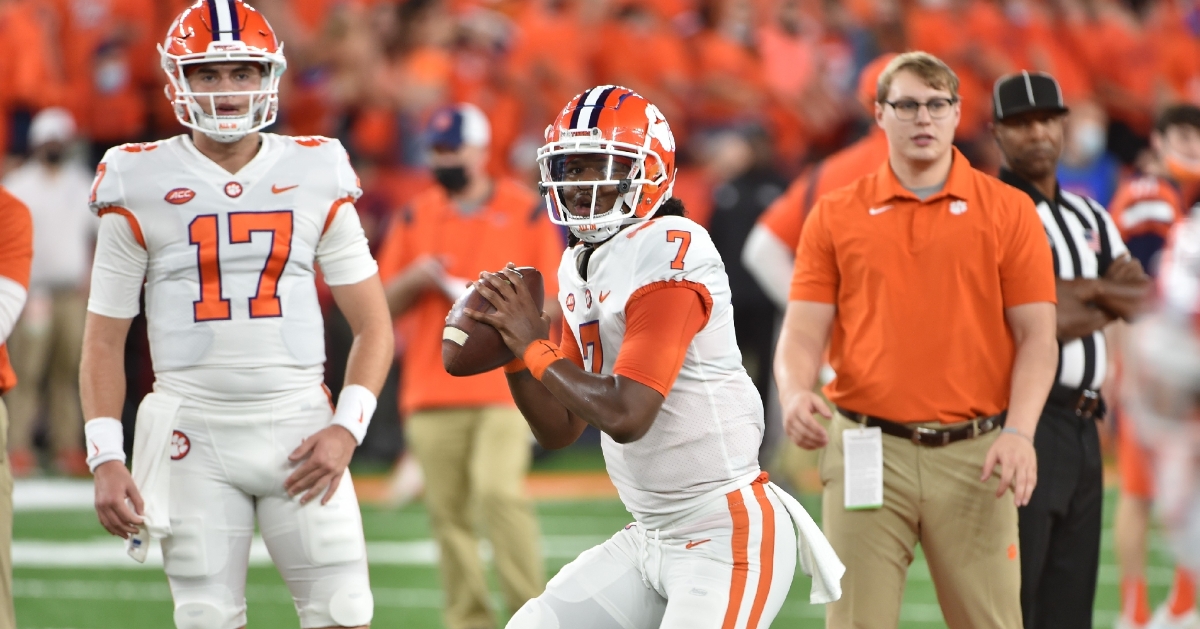 Taisun Phommachanh is headed to UMass for his third FBS school.

Taisun Phommachanh will hope the third time is the charm on an FBS school.

Phommachanh announced a commitment to UMass on Monday.

Phommachanh moved on from the Tigers after the 2021 campaign and went to Georgia Tech. He only played in two games last season, completing two out of five passes for 13 yards with an interception. He rushed for 56 yards and two scores on 15 carries.

He reentered the transfer portal on Dec. 8.

Phommachanh played over three seasons with Clemson in 12 games total, posting a career 45.8 completion rate for 204 yards with one TD to 3 INTs. He rushed for 150 yards and a TD on 30 carries at Clemson.

He suffered an Achilles injury in the 2021 Clemson spring game.

Walking by FAITH not by sight pic.twitter.com/qddo5Jb2qP