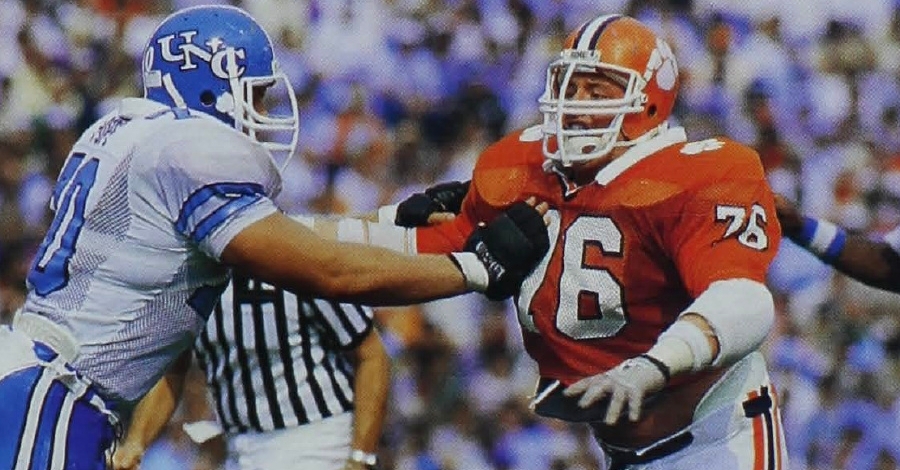 Berlin was the defensive captain of the 1985 Clemson football team. (Photo: Clemson SID)

Berlin was a reserve on Clemson’s 1981 National Championship squad and then redshirted the 1982 season. He was a top reserve in 1983 and started two years for the Tigers in 1984 and 1985.

A native of Bethel Park, Pa, Berlin had 31 tackles on Clemson’s 1983 team that finished the season with a 9-1-1 record and No. 11 final ranking. He started all 11 games in 1984 at defensive tackle alongside All-American William Perry and finished with a career-high 78 tackles, third on Danny Ford’s 1984 team.

The leading returning tackler for 1985, Berlin was on his way to an All-America season as a redshirt senior in 1985 when a knee injury ended his season in the eighth game. Berlin had 67 tackles in the first seven games that year and was on pace to set a school record for tackles per game by a defensive lineman. But on the first play of the Wake Forest game, he suffered a right knee injury and never played for the Tigers again.

Despite the injury, Berlin was named first-team All-ACC at defensive tackle by the ACC Sportswriters Association and was an honorable mention All-American by Associated Press and Football News. He finished that year with 67 tackles, including nine tackles for loss and three sacks. He had a season-high 12 tackles against Georgia and 10 tackles (three for loss) against Kentucky.

Berlin finished his Clemson career with 32 games played, 19 as a starter. He had 177 total tackles, including 108 first hits and 69 assists. He had 24 tackles for loss that resulted in 101 yards lost including eight sacks.

After graduation, Berlin worked for more than 25 years for the Sysco Corporation.