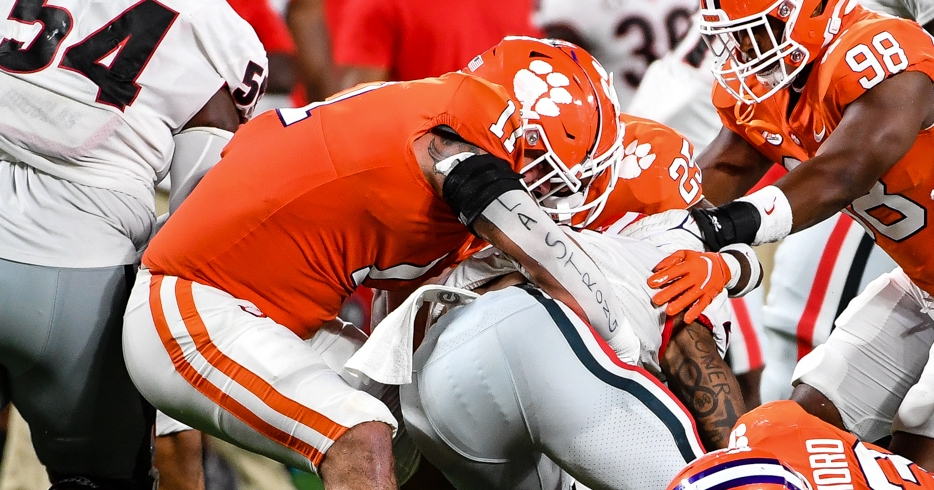 Bryan Bresee is projected to come back strong in 2022.

Bryan Bresee notched a first-team honor on the defensive line.

Three Tigers made the second-team All-America with offensive tackle Jordan McFadden, linebacker Trenton Simpson and safety Andrew Mukuba as a flex defender on the list.

McFadden was ranked as the No. 3 offensive tackle in the nation by PFF preseason. He's played 1,971 career snaps over 42 career games as a Tiger (25 starts) and earned multiple ACC lineman of the week honors last season.

Simpson was ranked as PFF's No. 3 off-ball linebacker in the nation preseason. Per their numbers, he recorded an 88.3 pass-rush grade with seven sacks, 13 hits and 11 hurries.

Mukuba was ranked as the No. 5 safety in the nation by PFF preseason. He posted 54 tackles, two for loss, tying for the team lead with nine pass breakups as a freshman All-American.