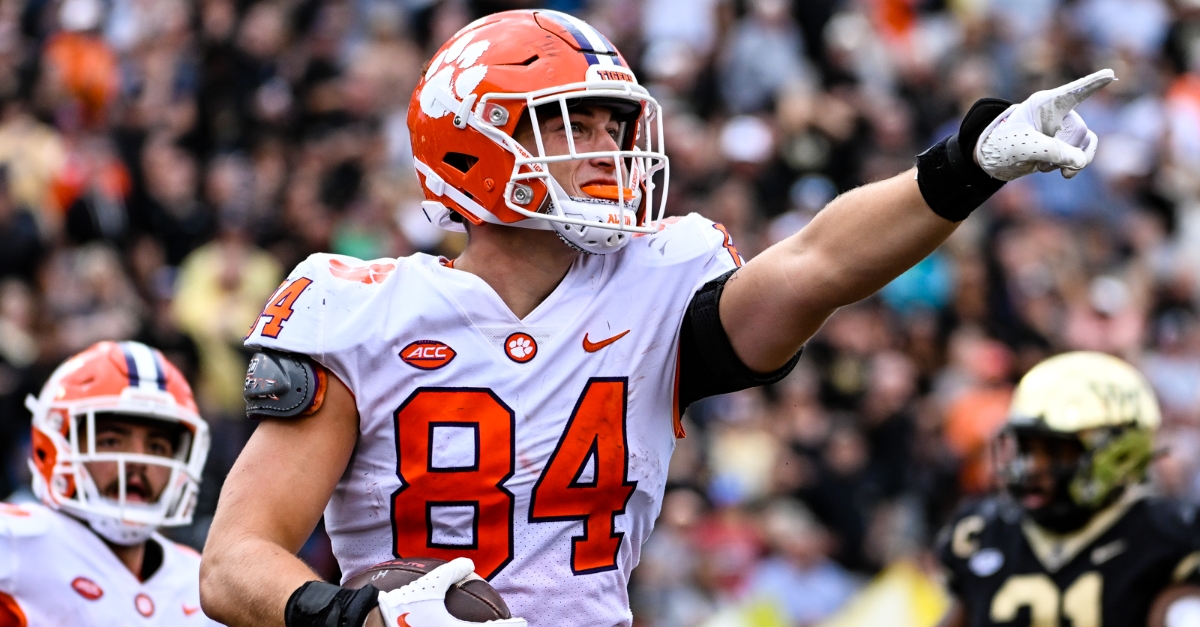 Davis Allen is the No. 7 tight end on Mel Kiper's board.

ESPN's Mel Kiper Jr. updated his draft big board and position rankings this week, featuring a selection of Tigers ($).

That group is led by two in the top-12 prospects overall with Myles Murphy (10) and Bryan Bresee (12).

"Murphy has a quick burst out of his stance and can close quickly off the corner," Kiper said. "He also plays the run well and is physical at the point of attack. He had 11 sacks in his first two seasons at Clemson and has 6.5 this season. He moves inside to tackle at times, so that versatility will help his stock for NFL teams. I wrote in September that I wanted to see his sack production rise before moving him up, and he has done that with four sacks in his past four games."

"Bresee, a five-star recruit in the Class of 2020, tore his left ACL in September 2021 and played in just four games, but I was impressed with his tape. He locates the ball well and explodes into the backfield at the snap to disrupt throwing lanes and find ball carriers. He's aggressive and hustles on every snap. He can be a major force inside at the next level."

Murphy is his No. 1-rated defensive end, while Bresee is the No. 2 defensive tackle.

More Tigers rated in the top-10 at their position include senior tight end Davis Allen (7) and junior Trenton Simpson, who is rated the No. 3 inside linebacker.

Jordan McFadden, at offensive tackle, and KJ Henry, at defensive end, are regarded as players who "just missed" the top-10s.