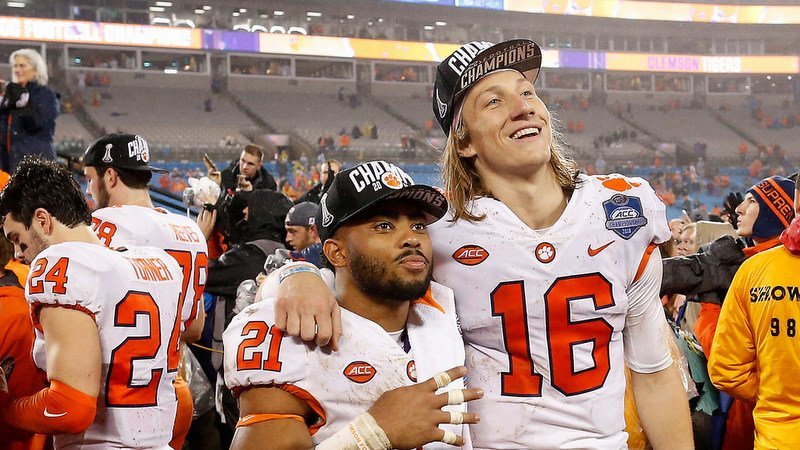 Trevor Lawrence put together one of the best freshman campaigns of all time in 2018.

ESPN ranked the top-50 freshman seasons of all time and four Tigers made the list ($).

Trevor Lawrence topped the Clemson products on the list at No. 4 overall and the top QB.

"One of the most highly touted recruits in history, Lawrence somehow lived up to the hype. He threw for 3,280 yards, 30 touchdowns and just four interceptions," ESPN's Bill Connelly wrote, "and he somehow improved down the stretch: In his last four games, he completed 66% of his passes and threw for 1,185 yards, nine touchdowns and no interceptions as the Tigers charged to a 15-0 record and their second national title in three years."

Ranking seventh among defensive linemen, William Perry in 1981 made the list at No. 40 overall.

"At 6-foot-3, 320 pounds, the player who would eventually be known as the Fridge was a game-changer. Danny Ford's Tigers went from allowing 20.2 points per game in 1980 to 8.8 in 1981 thanks in part to the space-eater up front, who neutralized Nebraska's Dan Rimington -- the namesake of the award that goes to college football's best center -- in a 22-15 Orange Bowl win that clinched the school's first national title," Connelly wrote.