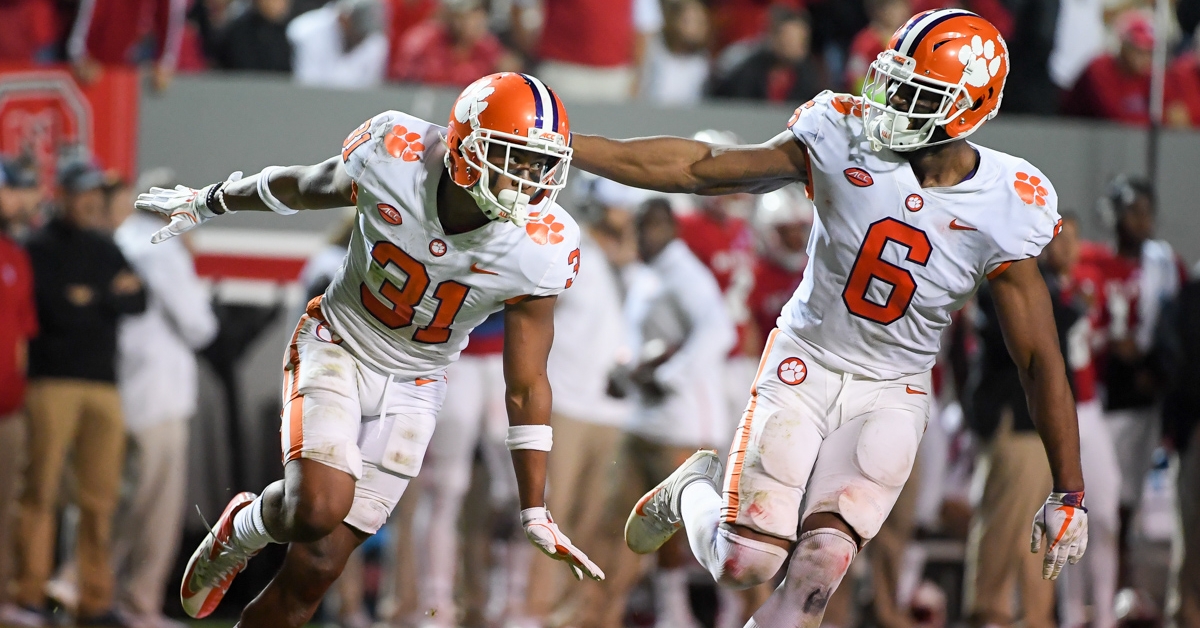 Dorian O'Daniel, right, and Ryan Carter were instrumental with a top-35 ranked defense all-time in 2017 according to ESPN (34).

ESPN ranked the 50 best defenses in college football history and the Tigers landed one in the top-35 ($).

In Brent Venables' successful run, it was the 2017 Tiger defense that made the list at No. 34 overall.

"Clemson won national titles in 2016 and 2018, but in between came a transition season," ESPN's Bill Connelly said. "The offense stumbled, but the Tigers still reached the College Football Playoff because of Brent Venables' ridiculous defense, which peaked late, giving up 214 yards and three points to No. 7 Miami in the ACC championship game and 261 yards and 17 (offensive) points to eventual national champ Alabama in the CFP."

Clemson faced the top-2 on the ESPN list with a national championship over the No. 2-ranked team with 2016 Alabama and falling to the list's No. 1 in 2017 Alabama in the Sugar Bowl.