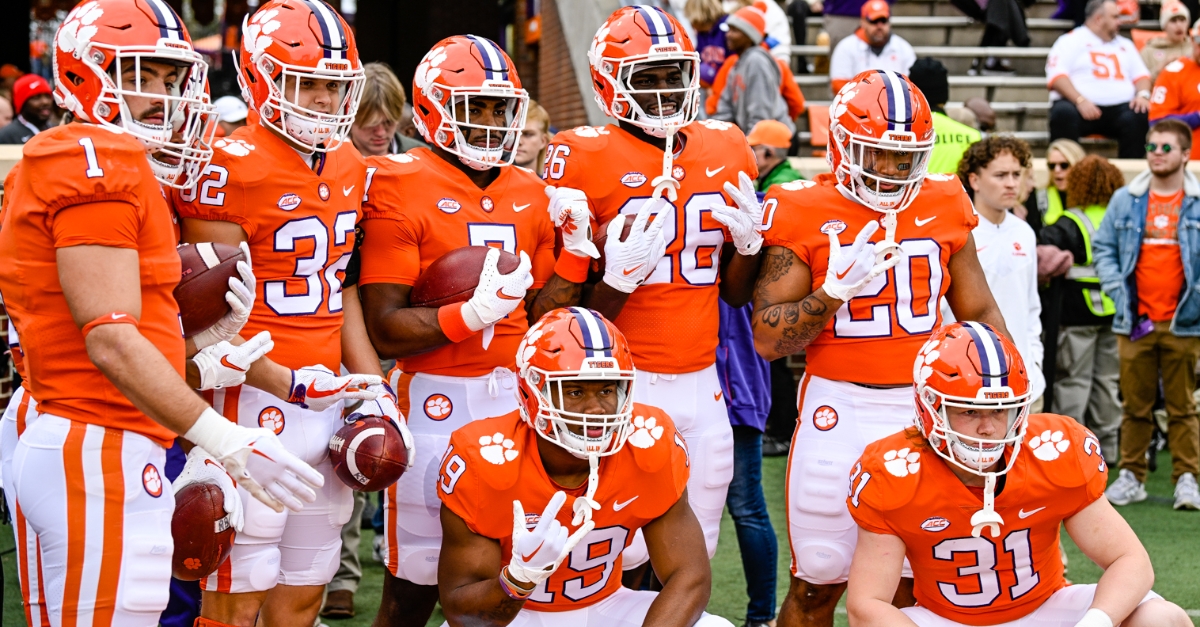 The FiveThirtyEight model favors Clemson to make the CFP over Michigan and Southern Cal currently.

Clemson has the fourth-best odds to make the four-team College Football Playoff according to FiveThirtyEight now.

Clemson is given a 51% chance, ahead of what is being projected as a likely one-loss Michigan. Essentially, FiveThirtyEight doesn't trust Southern Cal to finish with one loss as well, but in the scenario where Georgia, Ohio State and TCU go undefeated -- and USC with one loss, Clemson is seen as the odd team out. If TCU or Southern Cal were to fall, however, the model is favorable to Clemson.

ESPN Playoff reporter Heather Dinich painted the picture for Clemson in her eyes.

"With the likelihood of the SEC having multiple teams finish in the top four significantly diminished, the Tigers can continue to cling to hope as a one-loss ACC champion," said Dinich ($). "Clemson needs a Pac-12 champ with multiple losses and/or three-loss Kansas State to win the Big 12 in order for a top-four finish to become more realistic.

"It didn't help Clemson that North Carolina lost to 5-6 Georgia Tech on Saturday. The Tigers will face UNC in the ACC championship game, and a win over the Tar Heels won't impress the committee as much as the opportunities TCU and USC will have in their respective conference title games. The loss to Notre Dame is also looming large as a common opponent with both Ohio State and USC."

Clemson moved up to No. 7 in ESPN's Power Rankings, behind Southern Cal and LSU respectively.

"Credit Dabo Swinney's team for resuming its ACC success after a humbling loss at Notre Dame," said Adam Rittenberg. "Despite playing without star defensive tackle Bryan Bresee, Clemson had little trouble against Miami, shutting out the Hurricanes for two and a half quarters and holding them to only 8 yards in the first half. Quarterback DJ Uiagalelei accounted for 316 yards (227 passing, 89 rushing) and three touchdowns (two passing, one rushing), and 12 different Clemson players recorded a reception. Clemson recorded its first undefeated regular season in ACC play since 2019 and its fourth since 2015."