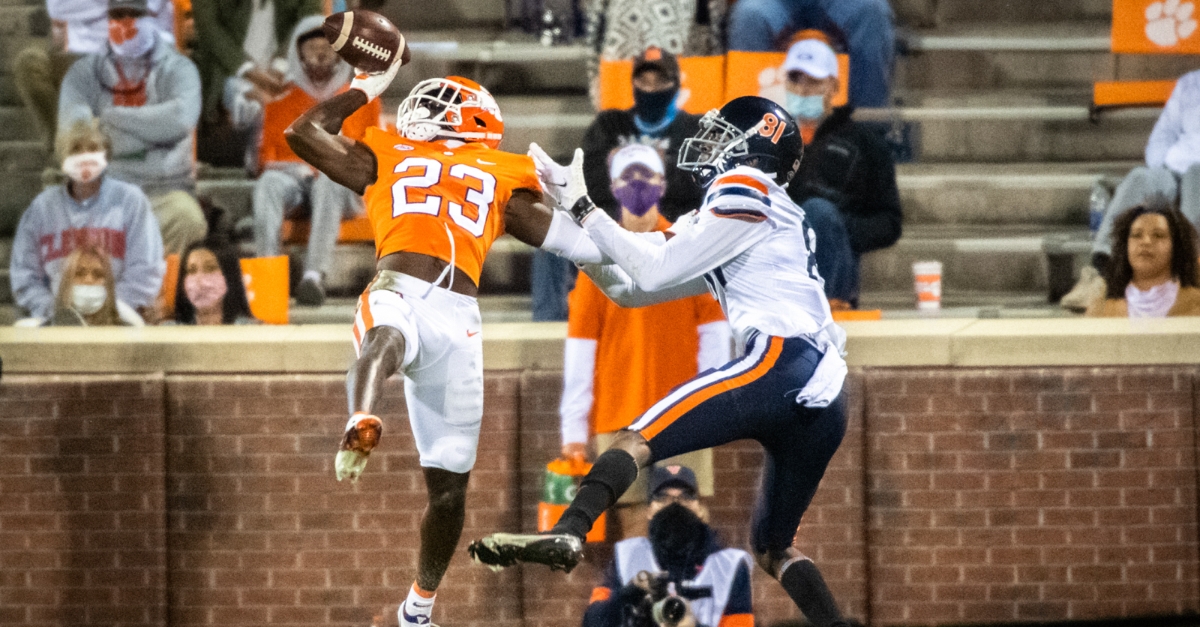 Andrew Booth could be another defensive piece for the New England Patriots.

The NFL draft commences on Thursday (8 p.m. on ESPN/NFL Network/ABC) with a number of Tigers ready to get their pro careers started this weekend.

At the top of Clemson's selections is Andrew Booth at No. 21 overall to the New England Patriots.

"Booth could be the replacement for J.C. Jackson," Miller writes, "and he could be the steal of the cornerback class here. Booth's Clemson tape shows a tough technician who is quick, fluid and agile. He has also shown versatility in a diverse defensive scheme.

"The Patriots have needs at wide receiver and linebacker, but Booth's value and the importance of the position make him an easy pick."

Mel Kiper Jr.'s final draft rankings ($) have Booth at No. 39 overall then Ross (136) and Goodrich (155), with Baylon Spector ranked 19th among outside linebackers, James Skalski ranked 25th overall among inside linebackers and Nolan Turner at 28th in the safeties group.