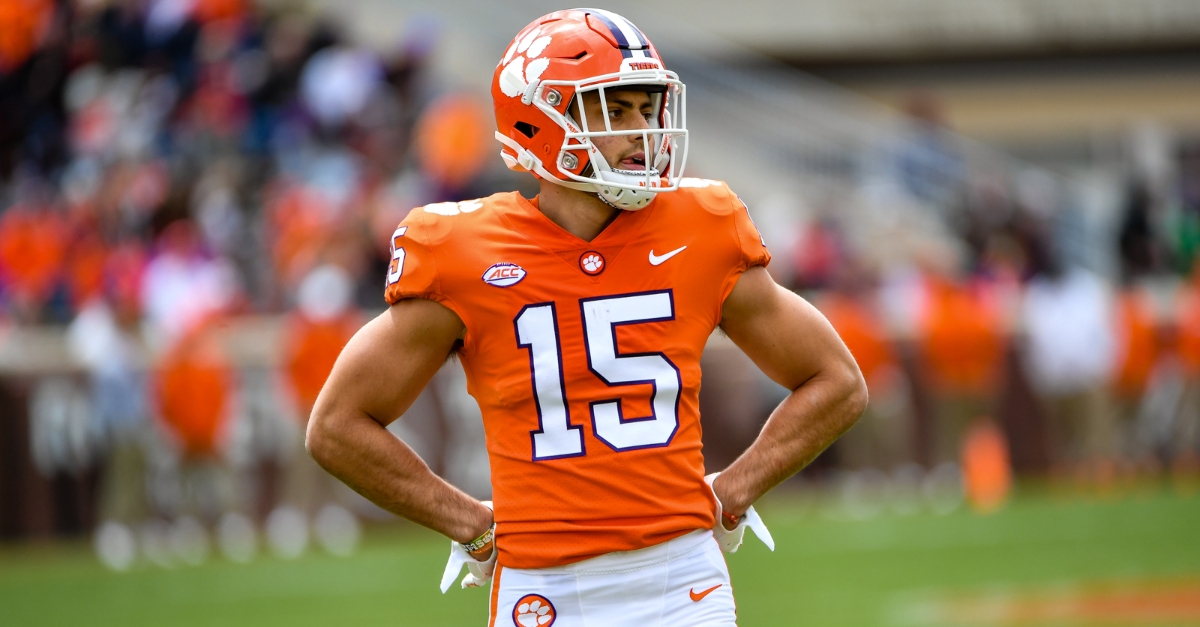 Troy Stellato was a four-star signee, but injury has marked his first two seasons on campus.

Stellato was seen being carted off to the Clemson football facility toward the end of practice on Friday. The timing of the injury would rule him out for the season.

"He had had a couple good days, but like all these other injuries -- unfortunately that's kinda been his story early," Swinney said. "He's not been a guy who's been available much since the day he got here. He's had a lot of deals. I thought he finished spring really well and had two good days in a row taking advantage of his opportunities, so it's another setback for him. He's a redshirt freshman. It's frustrating...He's still got four years left starting next year. It's all in front of him."

Dealing with a hamstring injury, Stellato was limited to 23 snaps in two games last season, totaling 15 yards on two receptions.

He came in ranked as high as the No. 135 overall prospect from his class (Rivals).

Clemson has also had two scholarship receivers in yellow non-contact jerseys this week with Adam Randall and EJ Williams and 2021 starter Beaux Collins was not in any uniform during or after practices viewed this week (believed to be a shoulder injury). Swinney said on Saturday that all three would be back "soon."

Everything happens for a reason. I’ll be back better then I ever was mark my words. Gods got me! https://t.co/ywbPErgfnj