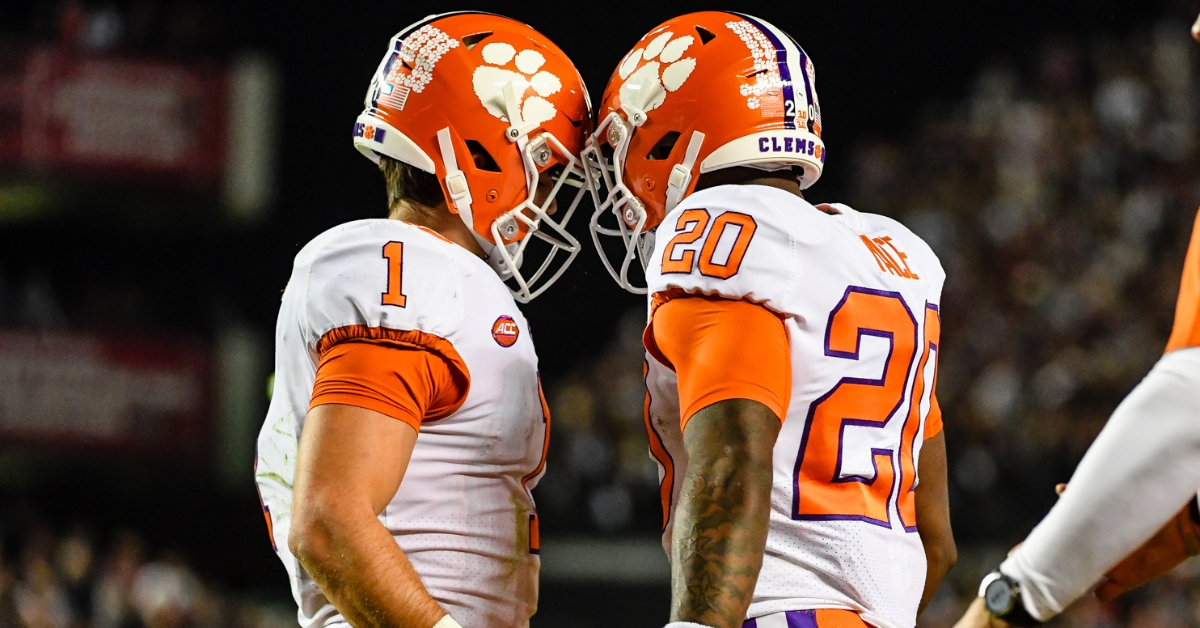 Will Shipley and Kobe Pace were a strong 1-2 punch last year and they aren't alone among potential contributors in the 2022 season.

Athlon Sports ranked the top running back groups in college football and Clemson is right there.

Clemson checked in at No. 15 on the list, which was second only to Syracuse (11) and All-American candidate Sean Tucker in the ACC.

"A full season from Will Shipley (739 yards) should make a big difference for Clemson's offense this fall. Also, there's quality depth with Kobe Pace and Phil Mafah. The backfield is the strength of the Tigers' 2022 offense," said Athlon Sports.

The former 5-star prospect Shipley is a preseason All-ACC selection. Pace rushed for 641 yards and six scores last year, adding 131 receiving yards on 12 catches over 11 games (six starts). He was named the ACC running back of the week with 125 of those rushing yards coming in the win over Boston College.

Mafah had a redshirt pulled off midseason in 2021 due to injuries in the group and he finished with 292 rushing yards and three touchdowns over 170 snaps in nine games (one start).

Texas tops the ranking, followed by Playoff contenders Ohio State and Alabama then Wisconsin and Georgia.

The lone other team on Clemson's schedule on the list is Miami at No. 24.