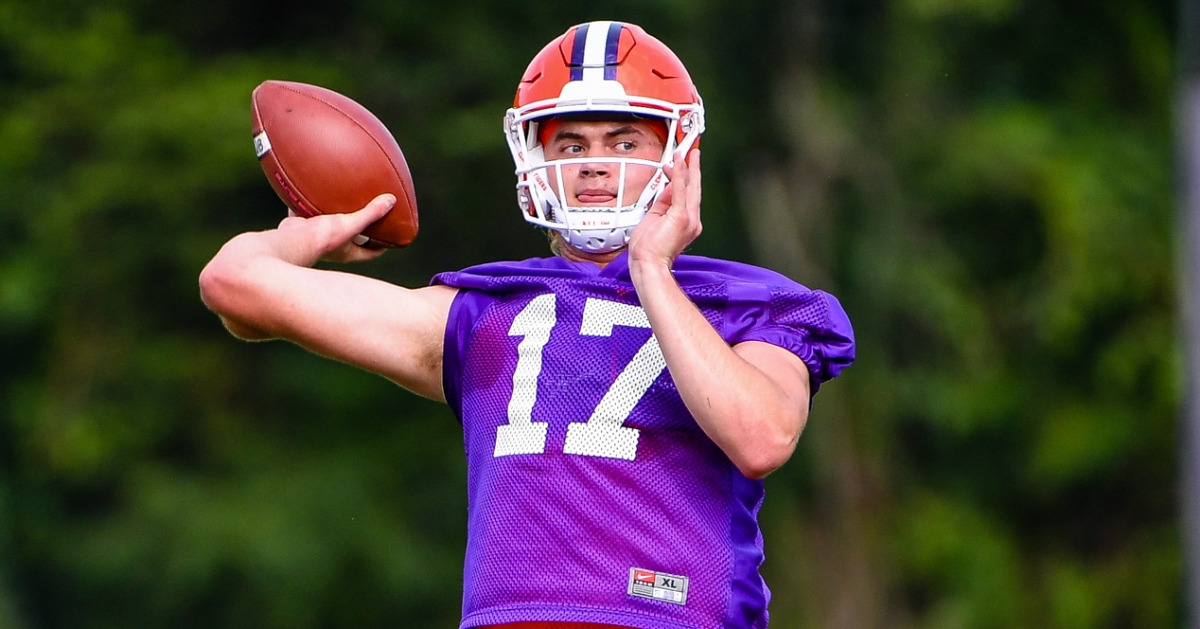 Billy Wiles was not on the depth chart late in the season and did not play a snap in 2022.

Wiles did not see any action this season and he has three years of eligibility remaining.

His Clemson bio from last year: Played 11 snaps in his lone appearance of the season … ACC Honor Roll selection … made his Clemson debut vs. UConn, completing 2-of-4 passes for 31 yards including a 25-yard touchdown pass to Jake Briningstool … became the second Clemson walk-on quarterback in as many years to throw a touchdown pass (Hunter Helms at Georgia Tech in 2020).

Before Clemson: Led Stone Bridge High School (Ashburn, Va.) to a state title in the spring of 2021 before enrolling at Clemson … the final throw of his prep career was a 16-yard walk-off touchdown pass in overtime to defeat Highland Springs for the state championship.