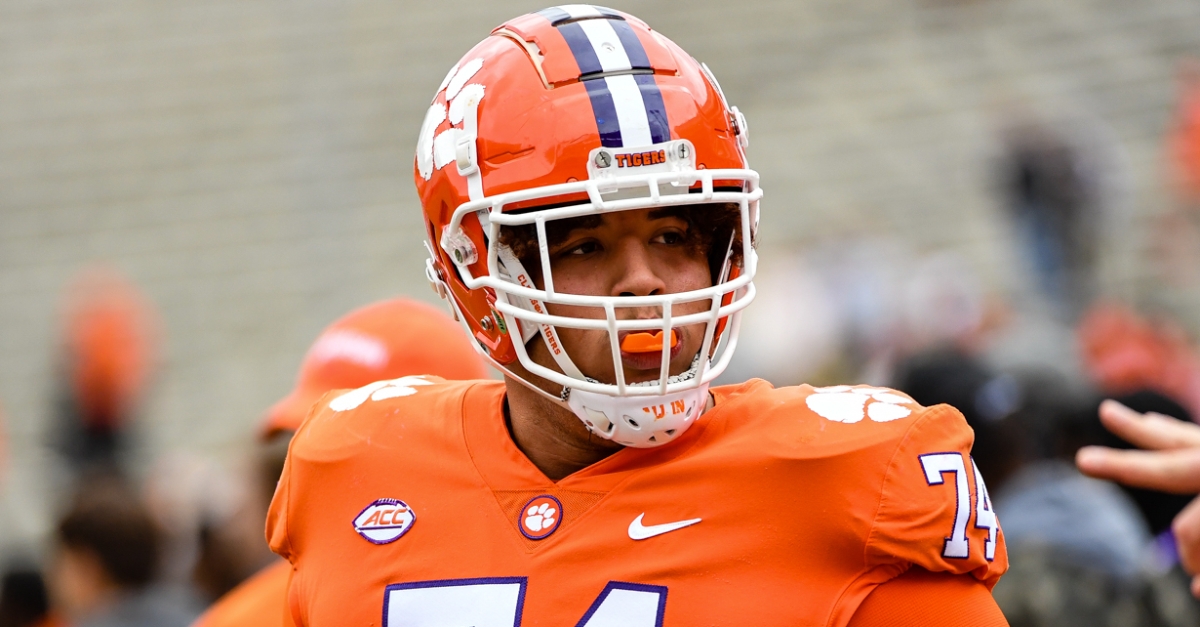 Clemson head coach Dabo Swinney held his Sunday night media teleconference and shared that offensive lineman Marcus Tate will have surgery on his knee and miss the rest of the season.

"He is going to be out," Swinney said. "We have good news and bad news. "The ACL is good. There is a ligament or tendon that holds your kneecap, and he is going to have surgery to get that fixed. It's not like an ACL injury."

Swinney is happy that Tate improved so much this season, as he has become a versatile player for them.

"I am glad that he got to play 11 games. He grew a lot this year. He is very confident in his ability. He plays so much faster and stronger than he was as a freshman. He is a guy that can play tackle for us."

Swinney believes that Tate will be limited in the spring with his rehab.

In other injury news, Swinney said that he is "hopeful" that receiver Beaux Collins will be back for Saturday's rivalry game with South Carolina.