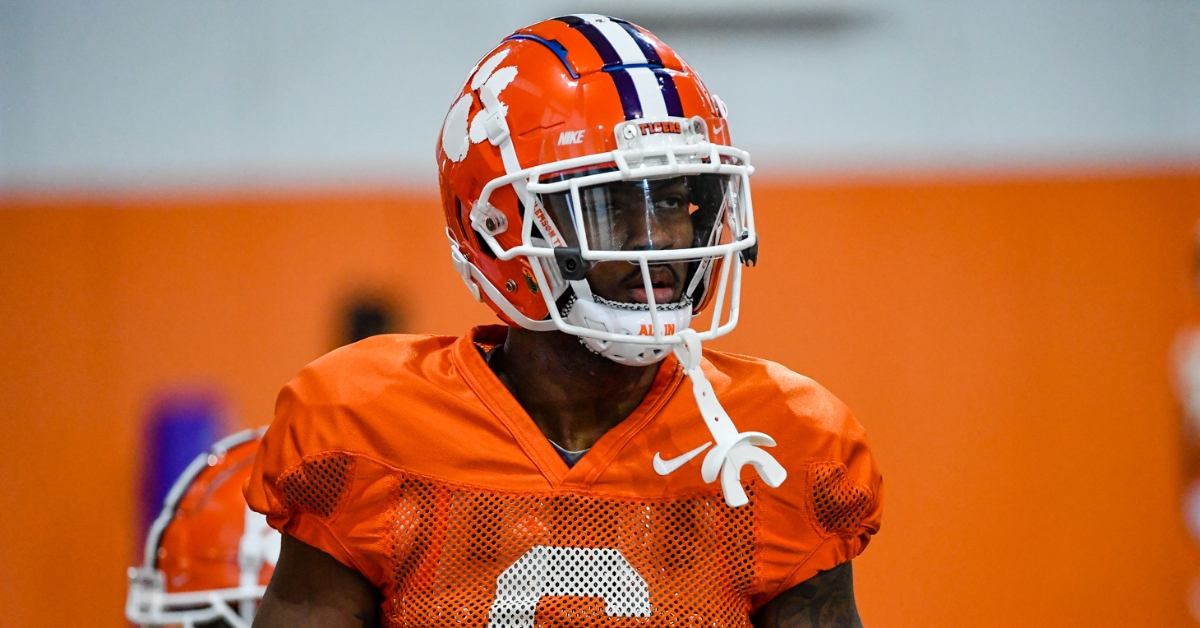 Sheridan Jones can show off his skills in Las Vegas as the East-West Shrine Bowl.

He missed early-season action due to injury but ended up playing in 10 games, tallying 27 tackles.

The game is set for a Feb. 2 kickoff at 8:30 p.m. ET in Las Vegas' Allegiant Stadium on NFL Network.

Before Clemson: Ranked among the top 100 players in the nation by ESPN.com and Rivals … ESPN.com ranked Jones as 69th-best overall player, second-best player in the state of Virginia and seventh-best cornerback in the nation … ranked 91st overall by Rivals, fourth-best from the state of Virginia and ninth-best cornerback in the nation … 247Sports ranked him as eighth-best player in Virginia … ranked as four-star prospect by all three services … two-way player, who had 45 tackles, two interceptions, one he returned for a score, in 2018 … as a receiver, had 17 receptions for 347 yards and two scores … selected to World Bowl in Mexico and Under Armour All-American game … played his high school football at Maury High School under Dyrri McCain … Clemson recruiters were Mike Reed and Brent Venables … committed to Clemson on April 20, 2018 … enrolled at Clemson in January 2019.

Personal: Born Oct. 25, 2000 … earned degree in communication in August 2022 … his brother, Kennedy, plays baseball at UNC Greensboro and is the school’s single-season record-holder for RBIs as well as the 2022 SoCon tournament MVP … completed a microinternship with Adobe in spring 2022 … two-time ACC Honor Roll selection (2019 and 2021).

Time to light up the strip! @ClemsonFB CB Sheridan Jones (@SJones6_) accepted his invite to the 2023 East-West #ShrineBowl!#ALLIN | #ShrineBowlRoadToVegas pic.twitter.com/znGmHL6Ry1