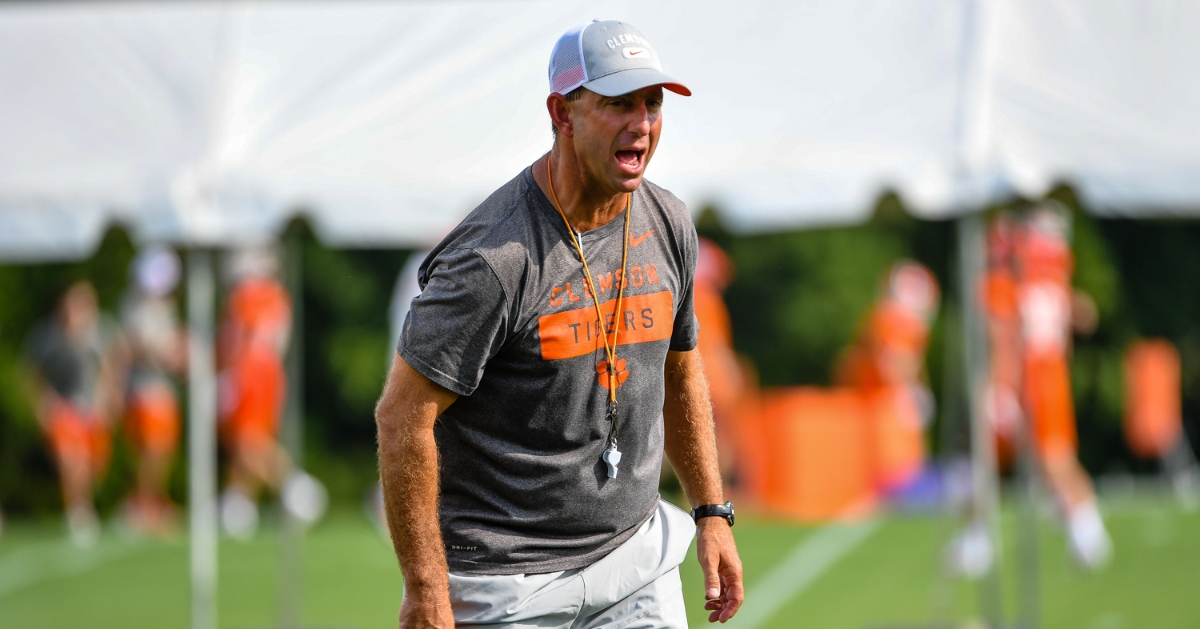 Clemson has a chance to impress the CFP committee and pundits as a heavy favorite versus Miami this weekend.

Clemson moved up to No. 9 in this week's College Football Playoff committee rankings and needs some help to return to CFP in the coming weeks.

Not everyone agrees the Tigers should be there -- including CBS Sports' Barrett Sallee, who included Clemson in his overrated from this week's rankings.

"Eye test is part of the criteria for the CFP Selection Committee, and it's hard to justify Clemson passing it -- at least from an offensive perspective," Sallee said. "Its quarterback, DJ Uiagalelei, has been benched twice for ineffective play, and the Tigers offense has sputtered more times than run down truck with an engine about to give out.

"What's Clemson's signature win other than now-No. 19 Florida State? A victory over a remarkably average now-No. 24 NC State? Those are remarkably bland, especially considering where fellow ACC foe North Carolina chimes into the rankings (more on that in a second).

"Here's the truth: Clemson is in the top 10 solely due to brand recognition. That's it."

Sallee believes the future ACC Championship Game-opponent Tar Heels is underrated at No. 13 this week.

"OK, so Clemson is four spots ahead of UNC and the only loss for each is to Notre Dame?" Sallee said. "The Tar Heels fell to the Fighting Irish 45-32, while the Tigers dropped a 35-14 decision in South Bend, Indiana, a game in which they never had a shred of control. It was a blowout that, quite frankly, was nowhere near as close as that 35-14 score indicates.

"Yes, North Carolina's loss came at home with Clemson's on the road. Apparently that's worth four spots in the committee's mind? The committee is telling us the Tigers' two halfway-decent wins are worth four spots despite the fact that the Tar Heels looked much better in the comparative loss? I don't get it."