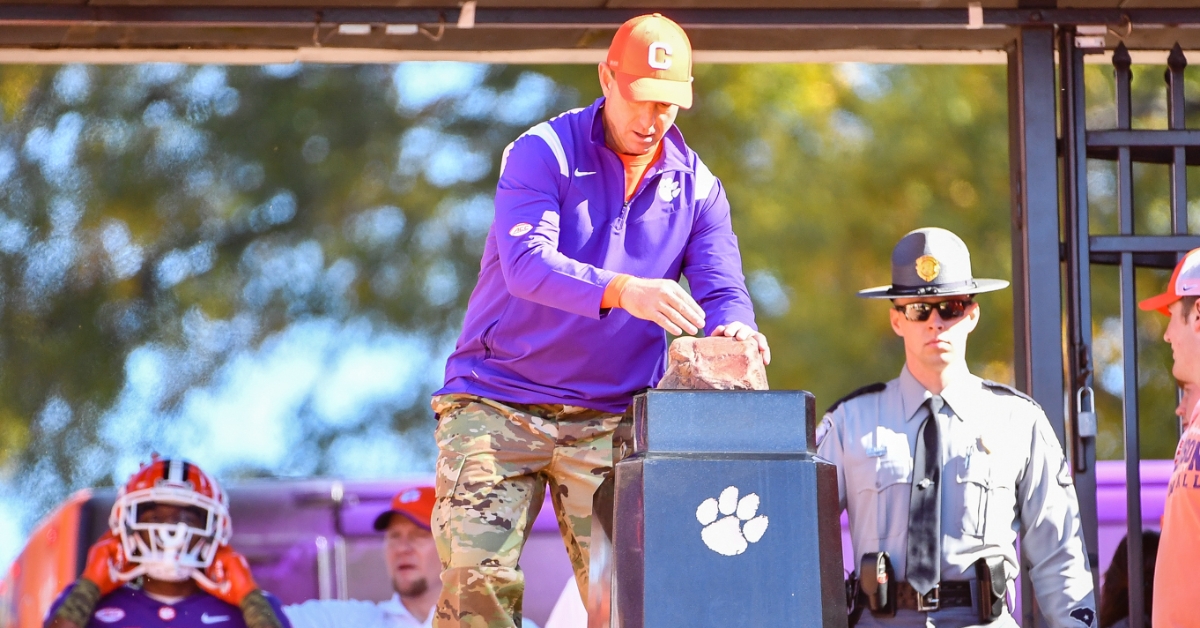 Clemson is looking to return to the Playoff for the seventh time in eight seasons this season, but CBS projects a first trip to the Orange Bowl since 2015.

Not everyone is expecting a Clemson return to the College Football Playoff.

CBS Sports' Jerry Palm released his preseason bowl projections on Friday and has the Tigers winning the ACC but falling short of the Playoff tier in the Orange Bowl.

On top of that, Palm predicts a rematch with Notre Dame, where it would likely be a revenge game after a loss at South Bend in this scenario.

"The Orange Bowl is projected to get ACC champion Clemson. The contracted opponent in that game is the highest-ranked team remaining from the SEC or Big Ten unless Notre Dame is higher than both. In this projection, the Fighting Irish get the open spot," Palm said. "That is an unfortunate matchup of sorts because Clemson and Notre Dame will play in South Bend, Indiana, during the regular season on Nov. 5. It is hard to imagine the Orange Bowl turning down Notre Dame, though."

Palm picks Brent Venables to lead Oklahoma to a Playoff matchup as a 4-seed with Alabama in the Peach Bowl, opposite an Ohio State-Georgia semifinal in the Fiesta.

Clemson hasn't played in the Orange Bowl since the 2015 Playoff semifinal with Oklahoma.