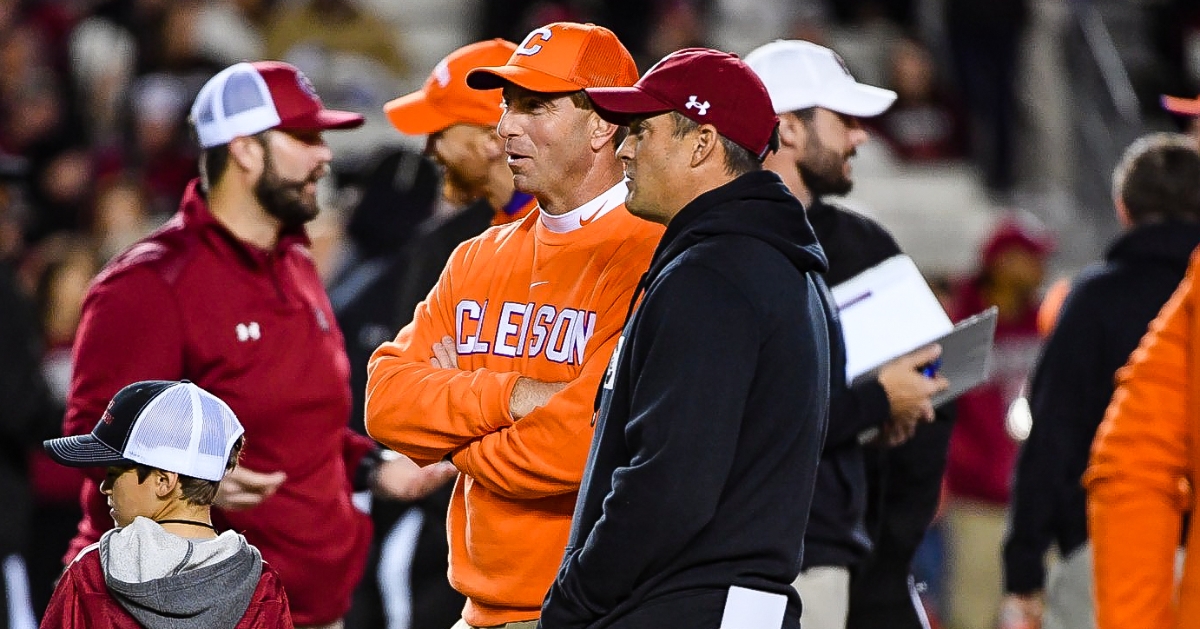 South Carolina comes to Clemson in that 2022 slate.

One more year of divisions Atlantic and Coastal are left for the ACC before the move to a 3-5-5 model from 2023-on.

Clemson's last run in the divisional format with one cross-divisional rival (Georgia Tech) and one other rotating cross-divisional foe (Miami this year) -- plus a potential top-10 bout at Notre Dame in November -- are bringing a top-third toughest slate for Dabo Swinney's group according to CBS Sports, at No. 4.

"Clemson's strength of schedule rating is going to have a deficit when compared to the rest of the conference because Clemson can't play Clemson, and thus the Tigers 'avoid' the toughest opponent in the ACC," Chip Patterson writes. "Still, this is a top-half schedule in the league thanks to Miami rotating in from the Coastal Division and a late-season road trip to Notre Dame. Also, considering how Shane Beamer exceeded expectations in 2021, the regular-season finale with South Carolina could take on more intrigue in the near future, but it's still a matchup that heavily tilts Clemson's way in 2022."

Teams that all play Clemson make up the other top-six SOS teams led by Georgia Tech.

The easiest paths according to CBS belong to Virginia (12), Wake Forest (13) and Virginia Tech (14).