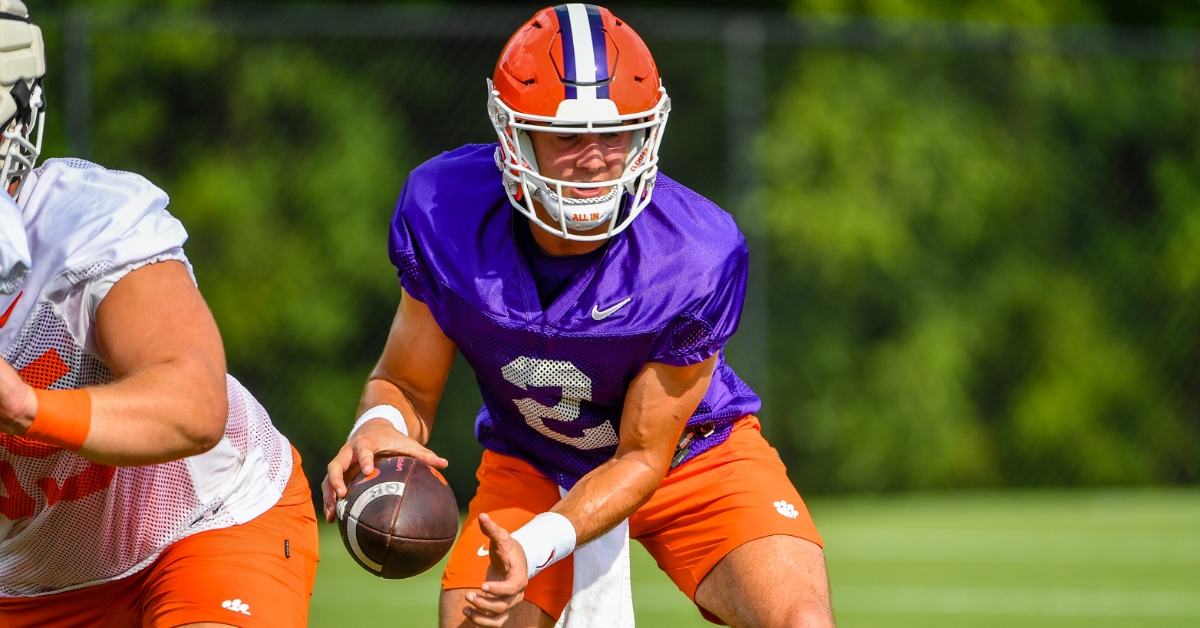 Will former No. 1-rated QB Cade Klubnik make a big impact in year one with the Tigers?

Two Clemson freshmen are on the list for the top-50 newcomers in potential impact this season according to ESPN ($).

The list includes both freshmen and transfers, and the latter led the group unsurprisingly with Southern Cal's 1-2 duo of QB Caleb Williams (from Oklahoma) and WR Jordan Addison (from Pitt).

The Tigers have two freshmen in the 30s with cornerback Toriano Pride (34) and quarterback Cade Klubnik (36).

"Clemson lost corners Mario Goodrich and Andrew Booth Jr., as well as safety Nolan Turner, who combined for half of Clemson's 12 interceptions a season ago. The Tigers will need multiple people to step up and help in the secondary, and the 5-11, 185-pound Pride could earn playing time early this season," said ESPN "Clemson returns starter DJ Uiagalelei this season, but it's never a bad thing to have some competition and someone to push another player to improve. Last season, Uiagalelei ranked 77th in total passing yards, 117th in yards per attempt, 101st in passing touchdowns, 92nd in total interceptions thrown and 112th in completion percentage. If those numbers don't improve, Klubnik, the No. 1 dual-threat quarterback in the class, could push Uiagalelei for playing time."