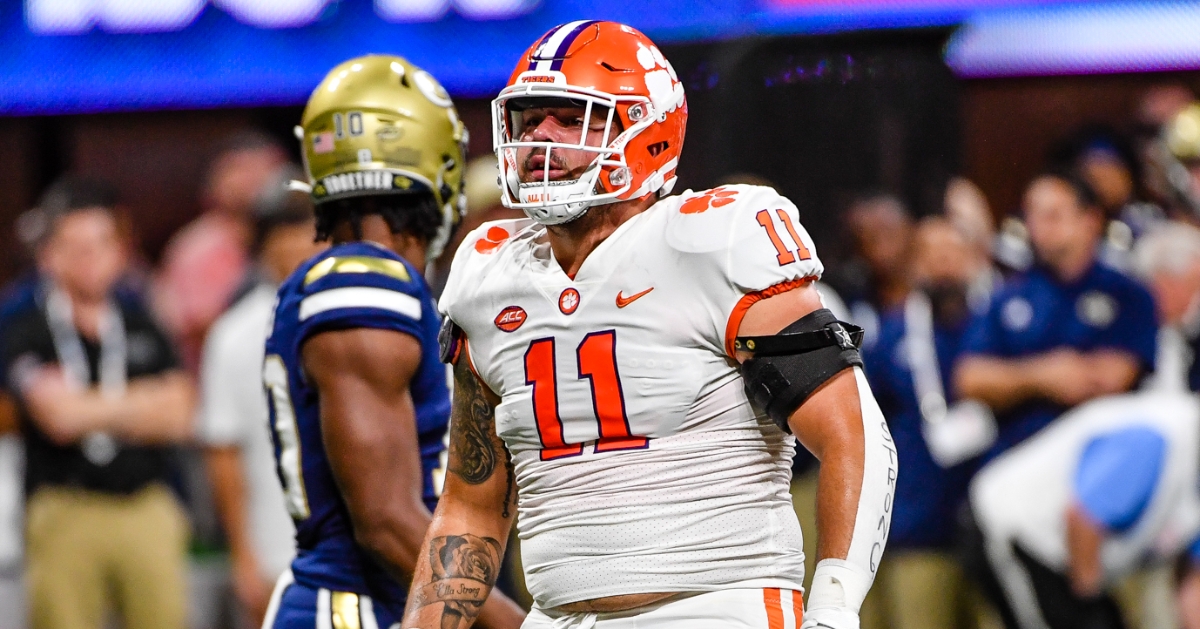 Bryan Bresee is the top projection out of the group at No. 6 in an early pick to the Pittsburgh Steelers.

"He (Bresee) has 11 pressures in three games this season, and the arrow only continues to point up for the former No. 1 overall recruit," said PFF's Michael Renner.

"Murphy’s floor is probably still a top-10 pick with just how absurdly powerful he is for a defensive end. At 6-foot-5 and 275 pounds, he isn’t getting moved off the ball one-on-one. A slow start to the season for Murphy has given way to nine pressures the past two weeks."

Later in the first round, Trenton Simpson is still slated for a top selection at No. 23, in an early projection to the Miami Dolphins.

"Dolphins head coach Mike McDaniel has a knack for putting athletes in a position to succeed, and there are few more impressive athletes in this draft class than Simpson. His ability to cover wide receivers at 6-foot-3 and 235 pounds is a sight to behold. He’s playing more traditional linebacker this year after being in the slot last year, and he's allowed only 76 yards on 15 targets," said Renner.

Simpson leads Clemson in tackles (33) with one pass breakup but no tackles for loss to this point.

In only three games, Bresee has two tackles for loss in his eight stops with a half sack and a pass breakup. He is slated to miss this week's game (kidneys) but Clemson coach Dabo Swinney said on Tuesday that he is on track for a return to the lineup next week.