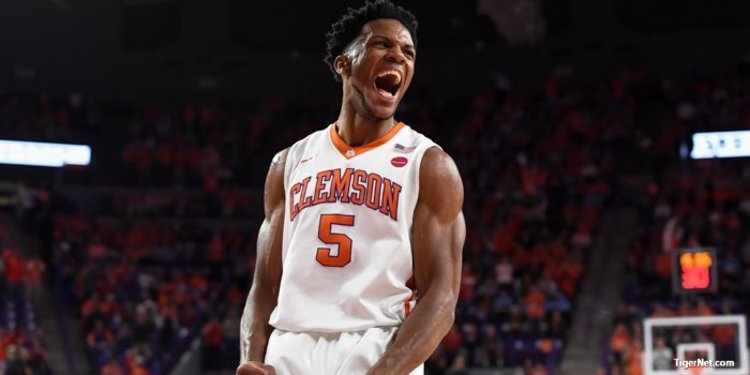 The final home game of the men’s basketball season on March 4 against Boston College has been moved to a 4 p.m. tipoff, Clemson Athletics announced Tuesday. The game was previously announced as a 2 p.m. start. It will also be Senior Day, where the coaches and players will honor Jaron Blossomgame, Sidy Djitte, Avry Holmes and Riley McGillan for their Clemson careers both before and after the game.

Tickets are available by calling 1-800-CLEMSON or visiting ClemsonTigers.com. The game will be streamed live by the ACC Network Extra. The Clemson vs. South Carolina baseball game in Greenville, S.C. is set for first pitch at 1 p.m. earlier the same day.