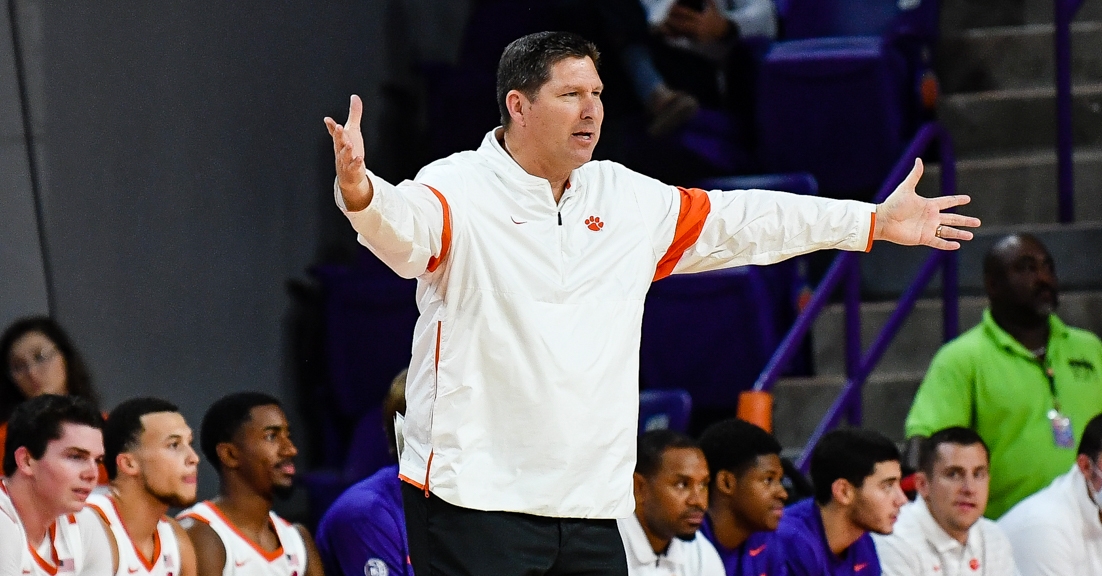 Clemson only led once in the loss to the Irish.

Notre Dame jumped out to a 7-4 lead just two minutes into the game and never looked back in routing Clemson 72-56 at Purcell Pavilion in South Bend Wednesday night.

The Tigers had won two out of the last three against the Fighting Irish in the series after dropping the first five.

Hall hit a layup just 14 seconds into the game to give Clemson a 2-0 lead, but that was the only lead of the night for the Tigers. With the teams tied at 4-4, Notre Dame’s Goodwin drilled a 3-pointer to give Notre Dame a 7-4 lead. The lead eventually ballooned to 11 at 19-8, but the Tigers fought back and after a Hunter Tyson 3-pointer, the lead was just 19-14 at the 11:44 mark.

It was as close as the Tigers would get. The Irish then went on a 13-2 run over the next five minutes to push the lead to 32-16. Paul Atkinson then hit on an old-fashioned 3-point play with just two seconds left in the half to give the Irish a 39-22 lead at intermission.

Clemson vs. Notre Dame boxscore
Get the latest Clemson gear right here!
Comment on this story