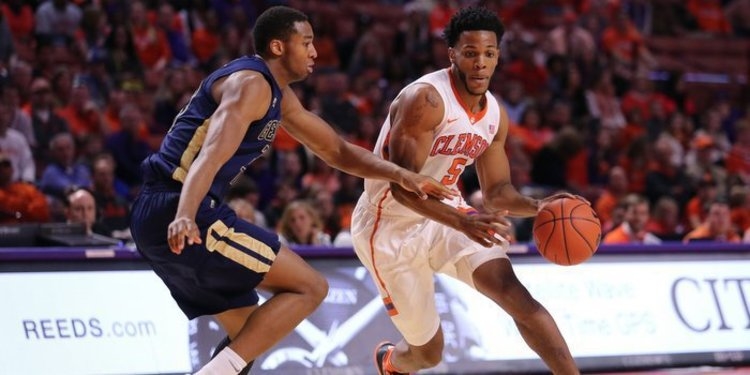 • Clemson enters ACC play on an eight-game winning streak, matching the longest for the program since 2010-11, Brad Brownell's first season. The Tigers are in search of their first undefeated month since December 2008. Clemson is currently 6-0 in the month.

• The Tigers are in search of a road win to open ACC play for the first time since 2013-14, and for only the eighth time in program history.

Streak: Clemson has won two straight and seven of eight

• Blossomgame is slated to make his 105th start in a Clemson uniform Saturday. Only nine players have started more games in program history.

• Shelton Mitchell signed his original National Letter of Intent with Wake Forest, but was granted a scholarship release when the Demon Deacons went through a coaching change. Mitchell then spent a season at Vanderbilt, before transferring to Clemson, where he is 8-0 as the Tigers' starting point guard.

• Clemson's two centers, Sidy Djitte and Elijah Thomas, have combined to make 45 of 76 field goal attempts (.592) this season. Thomas has scored double figures in two of his three games, both off the bench.

Clemson drops out of ESPN power rankings
Post your comments!