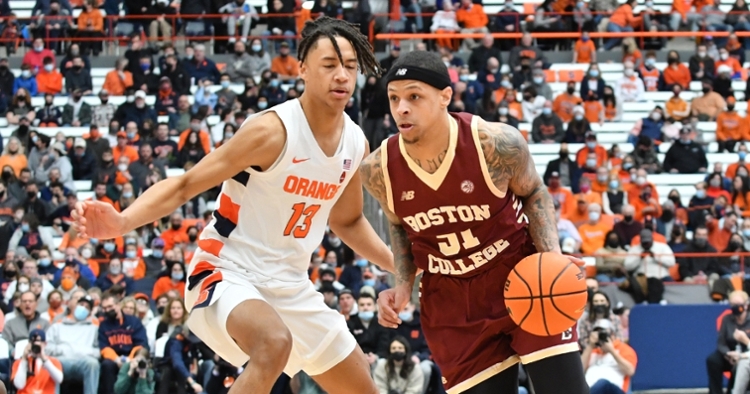 “Brevin Galloway not only adds experience to our team, but provides quality depth to our guard group,” said Brownell. “He plays the game with a high IQ, while also adding in the ability to knock down shots from anywhere on the floor including from distance. Brevin’s strong desire to be at Clemson was such a great fit not just for us, but for him as well.”

Galloway played 25 games last year for conference foe Boston College and averaged 8.3 points, 1.5 rebounds, 1.4 assists and 1.1 steals per game. He finished the season 45.2 percent on two-point shots and 76.9 percent at the foul line.

A career 33.0 percent 3-point shooter, Galloway enjoyed a career-year from beyond the arc his last season at College of Charleston (2020-21) – where he started his career. As a four-year player for the Cougars, Galloway shot 41.9 percent from distance as a senior and averaged a career-best 15.0 points, 3.0 rebounds and 2.8 assists per game.

Having battled injuries throughout his career, Galloway has totaled 882 career points in precisely 100 games. In 75 games at College of Charleston, Galloway was a 42.2 percent shooter from the field and 36.0 percent from three.