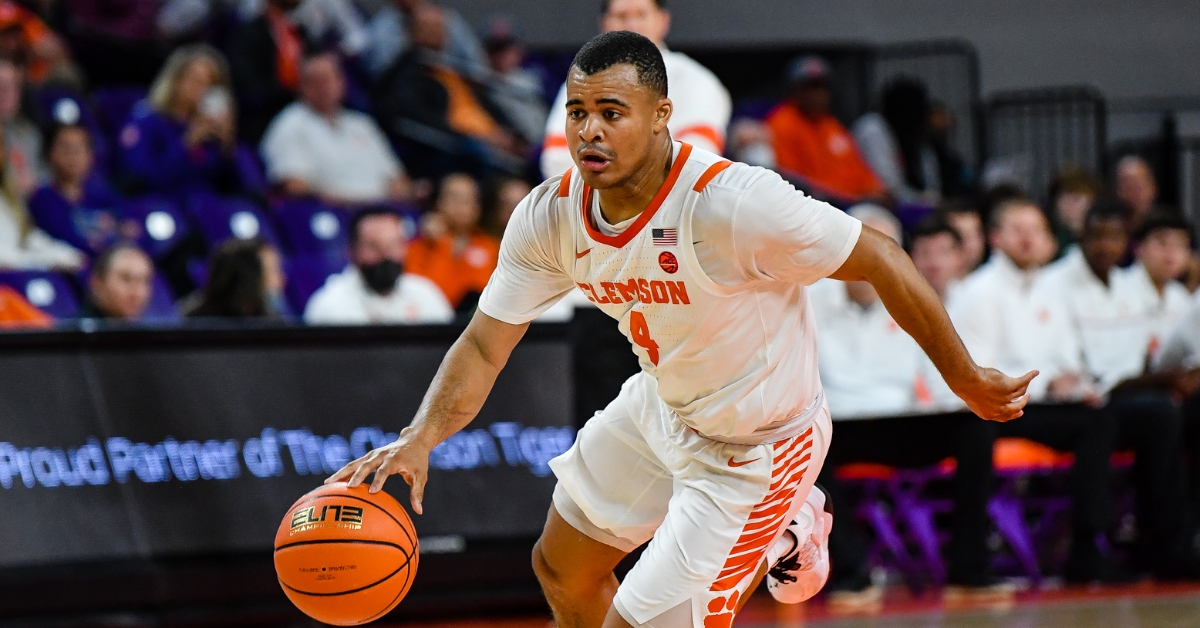 Nick Honor’s hot shooting paced the scoring and another strong effort as a team defensively powered a Clemson men’s basketball team (4-0) blowout of Temple Thursday, 75-48, to tip off the Tigers' Charleston Classic play.

The junior guard hit all seven of his shots, including four from beyond the arc, for a team-best 19 points.

Clemson advanced in the winner’s bracket to face No. 22 St. Bonaventure (3-0) out of the Atlantic 10 Conference Friday afternoon (it's the second game of the day, so it's a likely 2:30 p.m. start on ESPN2). The Bonnies held off Boise State in the opening game Thursday, 67-61.

Both teams started hot, knocking down a combined 15-of-20 shots, with eight of those coming from the Tigers -- and the bulk from Honor.

Honor scored 14 of Clemson’s first 16 points, going 5-for-5 in the first half. Sophomore forward PJ Hall added nine points in the first 20 minutes as well, finishing with 13.

"He's just really solid good player," Tigers head coach Brad Brownell said of Honor. "He's one of those guys you love as a coach because he takes care of the ball and knows what you're doing. Has enough burst to go make a play for himself or somebody else and he's playing with a lot of confidence. He accepts his role. He's a guy who could probably score more sometimes. Today he scored a lot. There's other days where he's just assisted. He's just been a really good team player."

Clemson finished the first period on a 15-2 run, where the Owls went through a 3-of-17 shooting spell.

That continued into the second session as a Temple scoreless drought extended to almost eight minutes.

A 12-4 scoring run out of the break pushed the Clemson lead to 20 points and Honor’s seventh-consecutive make gave the Tigers a 53-30 edge with 15 minutes to go.

"The last 28 (minutes) we played about as well as we can play," Brownell said. "Had a nice mix to our game. Had a little bit of inside, driving, a little bit of transition and made some 3s. Just really pleased with how we played. We played well."

Senior Hunter Tyson kept his run of double-figure scoring in each game this season, notching 10 points on 4-of-5 shooting.

Brownell’s group is off to a 4-0 start for the fourth time in five seasons.

Clemson-Temple box
Get the latest Clemson gear right here!
Comment on this story