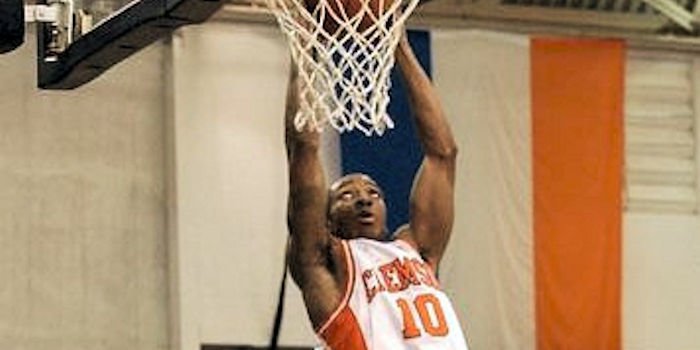 Scott was a standout performer at Clemson

AC Flora High School is proud to announce Ed Scott as our new Head Boys Basketball Coach. Coach Scott was previously the Head Boys Coach at Lakewood High School from 2019-2022 where he made 3 playoff appearances and had 2 All-State player selections. Prior to that he was an Assistant Coach at both River Bluff and Richland Northeast.

Coach Scott attended Lower Richland High School where he started all 4 years, was named the 1999 4A Player of the Year by the SCBCA, and was a member of the 1999 State Championship Team which was ranked in the top 25 nationally by USA Today.

He attended Clemson University where he started all 4 years between 1999-2003. He was voted one of the top 25 players in Clemson Basketball history in 2012, inducted into the Clemson University Athletic Hall of Fame in 2014 and was selected as an ACC Basketball Legend in 2017. During his time at Clemson, he was twice selected to the ACC All-Conference Basketball Team. Coach Scott also played Professional Basketball in Europe for seven years from 2003-2010 and was voted an All-Star 5 times in various European countries.

Coach Scott graduated from Clemson with a Bachelor of Science in Management and holds a Master of Business Administration and a Master of Accounting & Financial Management. He will teach in our Business/CTE department starting this fall.

The Falcon Nation welcomes Coach Scott, his wife Octavia, and their children Tyler (15), Aiden (11), and Edward (6 months). We look forward to many years of success!