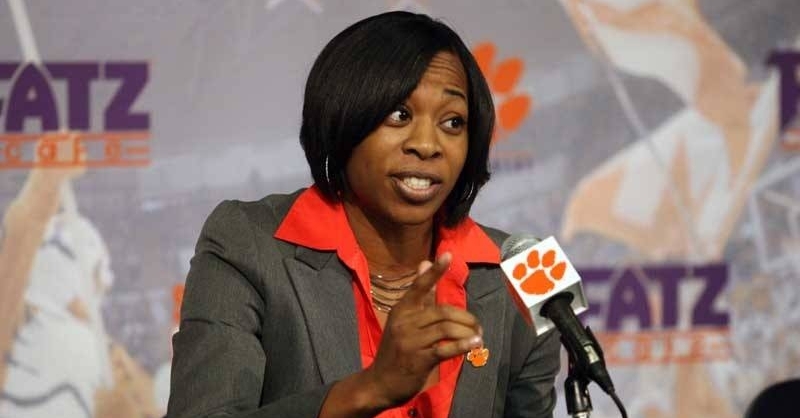 The UNC women’s basketball program announced Monday that Itoro Coleman has joined the staff as an assistant coach, after spending last season in a similar role at Marquette.

Coleman was a three-time All-ACC selection as a player at Clemson, where she would go on to also serve as both an assistant coach and as head coach.

She has also had stints as an assistant at Penn State, Butler and Liberty.

“I am extremely excited to be here at UNC and to be back in the ACC,” Coleman said. “I am very familiar with the Carolina program and have always admired the overall support from the community, alums and fans.”

During her playing career, Coleman played in the WNBA for both the Houston Comets and the Indiana Fever. She also played for the Nigerian national team at the 2004 Summer Olympics in Athens.

“I’m thrilled to add Itoro to our coaching staff and program,” UNC head coach Courtney Banghart said. “As a former standout player in the ACC, a former WNBA player and Olympian, and a former ACC head coach, she brings a wealth of experience to the role. Itoro is a star, but she’s an even better person, mentor, leader, and teammate.

“I’ve known Itoro for a long time and have always wanted to share a sideline with her,” she added. “I’m ecstatic that that time is now. She brings great energy to all that she does and cares about the right things. She will help recruit the best players and people, and she will be an invaluable asset to our current team and staff. Adding Itoro to the Carolina family is a homerun hire and we’re eager for all that lies ahead together.”