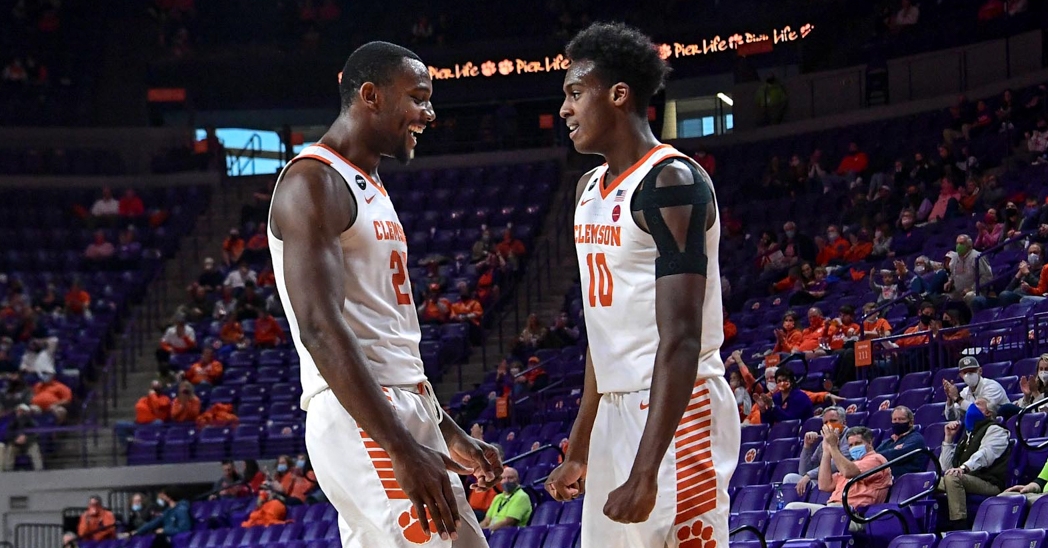 Clemson is back in the NCAA Tournament. (File ACC photo)

Clemson men’s basketball is dancing again as one of 68 teams set to play in the Indianapolis-hosted NCAA Tournament starting next weekend.

Clemson returns to the NCAA Tournament for the first time since the 2017-18 season, where it advanced to the Sweet 16 as a 5-seed. This is a third NCAA Tourney appearance under Brownell and a 12th appearance overall in school history.

The Tigers went 7-3 down the stretch and finished 10-6 in ACC action, reaching double-figures in conference wins for only the seventh time in their ACC history.

Four of Clemson’s six non-conference opponents made the NCAA Tournament (all wins), including two conference champions (Alabama of the SEC; Morehead State of the Ohio Valley).