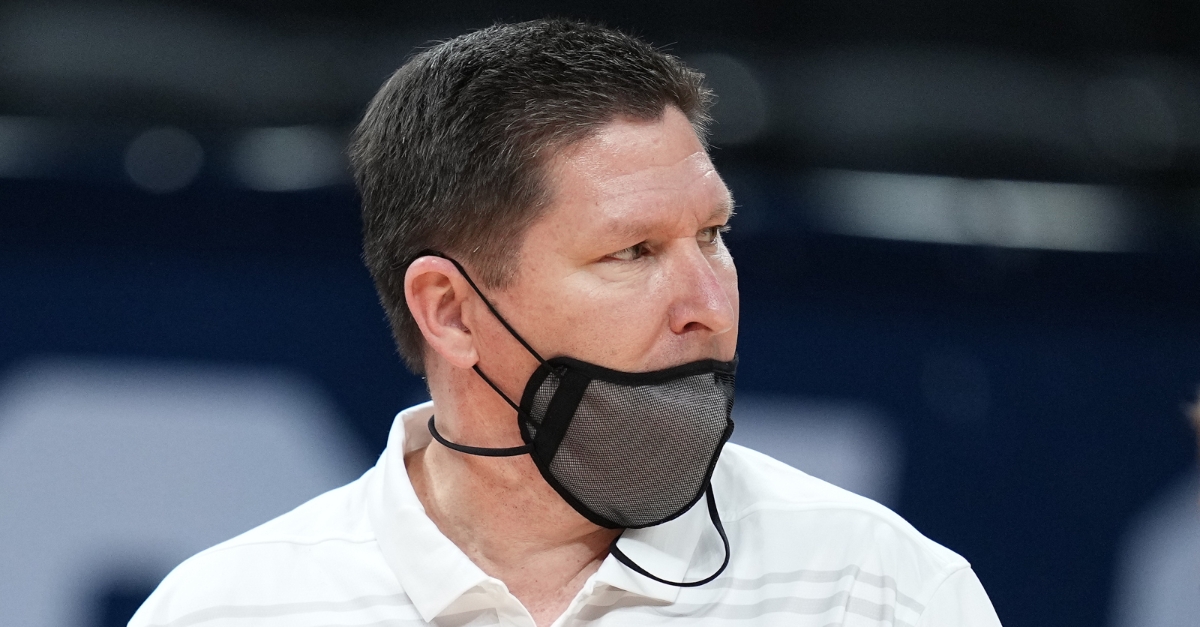 Clemson University responded late Sunday to a Facebook video from the father of a former student-athlete walk-on in which the father alleges that head basketball coach Brad Brownell used abusive language towards his son and another walk-on following an ACC Tournament practice on March 9.

Mark McBride’s son O’Neil McBride was a walk-on with the Clemson basketball team. Mark McBride took to Facebook last week to recount an incident in which he said that Brownell used abusive language towards his son and another walk-on, and that Brownell eventually blamed the Tigers’ tournament loss to Miami on the scout team.

We were told that Clemson athletic administrators looked into the complaint and told the student-athlete the proper channels for filing a report. Those protocols were followed and no formal complaint was filed, we were also told.

Here is the statement from a school spokesman:

Athletics administrators were made aware of an interaction that took place in early March between Coach Brownell and members of the team. While no formal complaint was filed by any member of the program, Clemson Athletic Administration took the matter seriously, spoke with the parent and met with Coach Brownell and the student-athlete. The matter is considered resolved.

The father was upset at how Clemson handled the incident and said that he traveled to Clemson, trying to schedule a meeting with either Athletic Director Dan Radakovich or President James Clements. TigerNet was told that Radakovich was never contacted by the parent.

We were also told that a Clemson spokesman did speak with Mark McBride after the Tigers returned home from Indianapolis and the NCAA Tournament. O’Neil McBride has since left the team. We were told that O’Neil McBride indicated to the university that he was satisfied with the school’s response to the complaint.