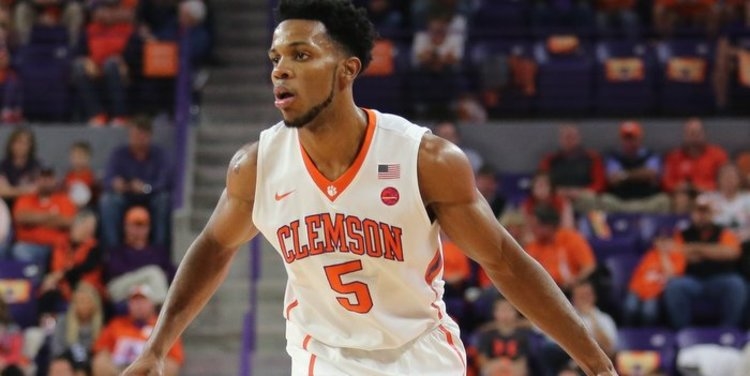 • Clemson and Nebraska meet for the first time in history as part of the ACC/Big Ten Challenge. The Tigers are 9-7 all-time in the event and are in search of their first challenge win since 2011 at Iowa.

• Wednesday’s matchup features two top-65 teams in the latest RPI according to WarrenNolan.com.

• The Tigers are 15th nationally in free throw accuracy, according to the latest NCAA statistics. Clemson, coming off a 22-24 effort against High Point, is shooting 79 percent early in the season.

• Sidy Djitte, averaging a double-double for the Tigers, is third among all players nationally in offensive rebounds per game (5.0). He has had seven offensive boards in each of Clemson’s last two games.

• Jaron Blossomgame is coming off a season-high 27 points against High Point. He has averaged 18 points per game in two career ACC/Big Ten Challenge games, posting 24 at Minnesota last season.

• Shelton Mitchell, projected to be the starting point guard, made his Clemson debut last time out, collecting two assists in 11 minutes against High Point.