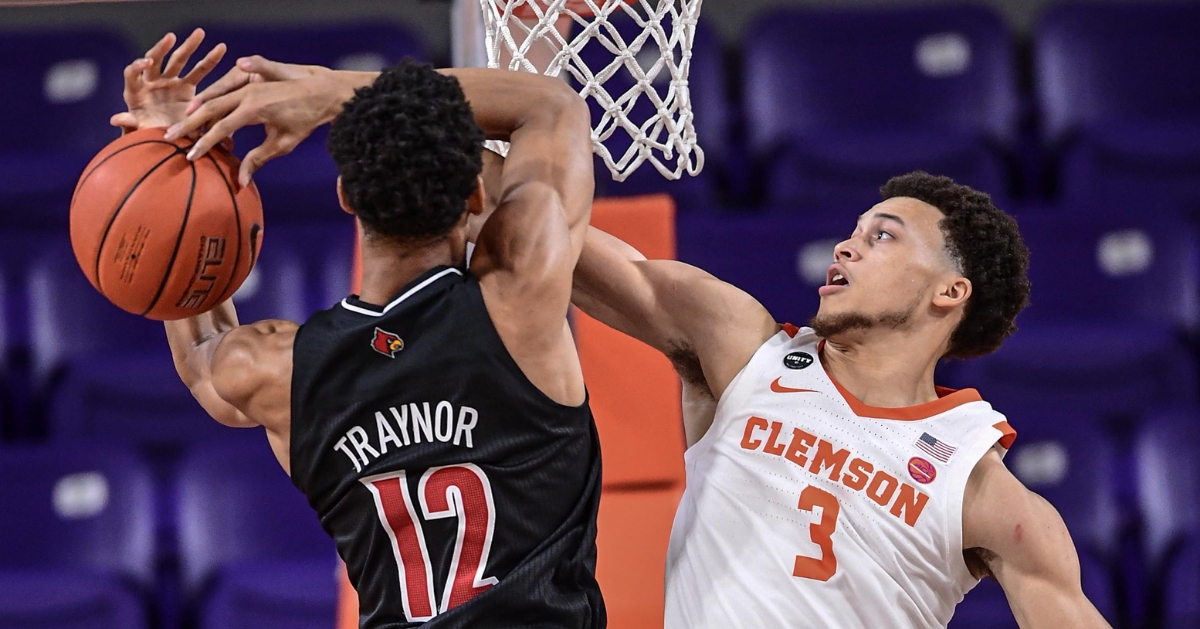 Clemson has a path to a top-4 ACC Tournament seed if it continues its run. (ACC photo)

Clemson has a favorable road ahead and a resume that's been increasing in strength.

CBS Sports moved Clemson up to the 4-seed line Friday, which would match the highest seed in school history (1997 and 1987).

The overall bracketology world is averaging a 6-seed for the Tigers currently, where ESPN pegs Clemson as well.

The Tigers return to action at home Saturday against Miami (2 p.m./RSN), which rank last in the conference by KenPom rating (No. 148) and have lost four in a row and nine of 11. Next up is the final ACC road trip to Syracuse on Wednesday, which could be a top-60 NET win (No. 56 currently) after Clemson got the better of them earlier this month (78-61). The regular-season finale is at home with Pitt, which is .500 overall and No. 79 on KenPom.

A sweep of that slate could have the Tigers (8-5 in ACC play) positioned well for a top-4 seed in Greensboro's ACC Tournament (starting action on March 11 after a double bye). In front of Clemson currently, Louisville, at 7-4, has the toughest road with trips to Duke and Virginia Tech upcoming and a regular-season finale with Virginia. The Hokies (8-4) also host Wake Forest and head to NC State to wrap their regular season.

In NCAA Tournament-related news, the organization announced this week that they will seed the top-4 teams left out of the field which could replace a team for COVID-19 protocol, but that it would have to happen within 48 hours of the announced field and they would not re-seed the field in that replacement.