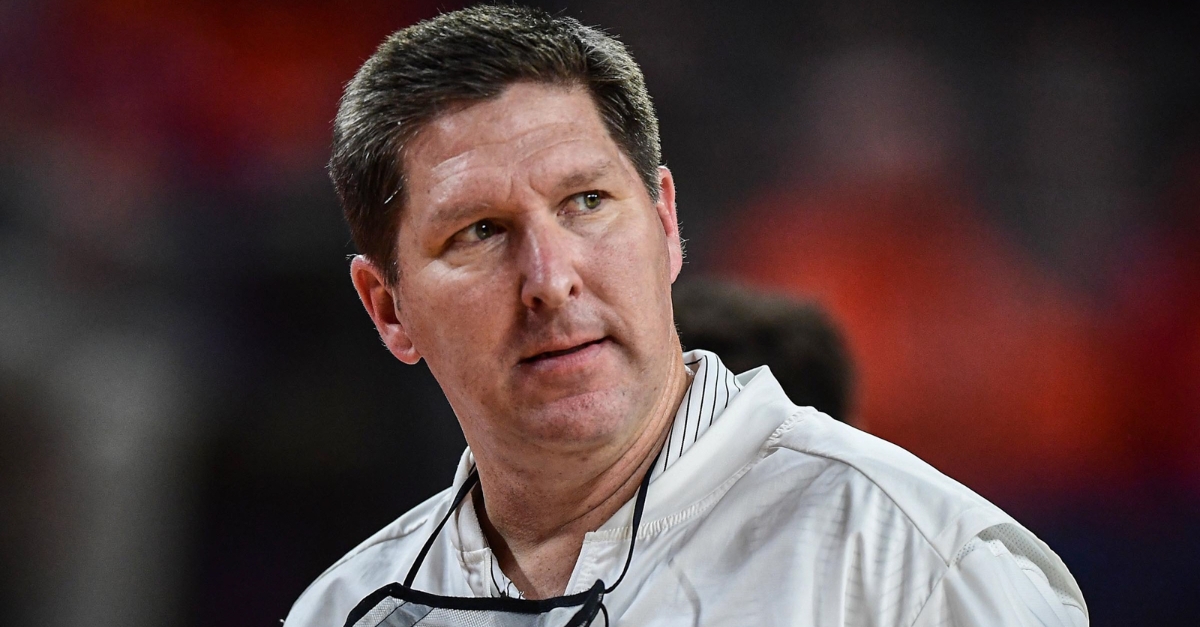 Radakovich said he is pleased with the progress of head coach Brad Brownell.

CLEMSON – Athletic Director Dan Radakovich said Monday that he is pleased with the progress of the men’s basketball program under head coach Brad Brownell and that Brownell certainly hits "a mark" in the different areas in which the program is graded.

Clemson made the NCAA Tournament for the 13th time in school history, losing in the first round to Rutgers by a score of 60-56. With a 10-6 record in the ACC, Clemson finished the season in a tie for fifth place in the ACC standings entering the games. The Tigers were picked 10th in the preseason vote by the Atlantic Coast Conference Media – a five-place improvement over the preseason prediction.

Brownell recently came under scrutiny after a Facebook video from the father of a former student-athlete walk-on in which the father alleges that Brownell used abusive language towards his son and another walk-on following an ACC Tournament practice on March 9.

Mark McBride’s son O’Neil McBride was a walk-on with the Clemson basketball team. Mark McBride took to Facebook last week to recount an incident in which he said that Brownell used abusive language towards his son and another walk-on, and that Brownell eventually blamed the Tigers’ tournament loss to Miami on the scout team.

Radakovich said that the school looked into the complaint and has moved on.

“This is a circumstance that we took seriously when it was brought to us. Our administrative staff that is charged with that part of our organization looked into it and it was determined that there was no violation of a university code of conduct,” Radakovich said. “Brad understands that there is a high standard and he works hard to meet that. I will tell you that over the last few months there has been a lot of pressure on our student-athletes and a lot of our coaches given the COVID requirements and the changes that they've had to go through.

"It doesn't excuse any of that, but it's a circumstance where our folks looked into it and Brad has had conversations with the student-athlete and our individuals have had a conversation with the parent and we are looking move forward.”

TigerNet asked Radakovich if Brownell said the things that the parent alleges, and he said he can’t comment because he wasn’t there.

In 11 seasons at the helm of the Tigers, Brownell has a 201-150 overall record and a 95-99 mark in the ACC. The Tigers reached the NCAA Tournament his first season, then didn’t reach it again until the 2017-18 season and then this past season.

Radakovich said he has to look at more than just wins and losses.

“One of the things we do when we get together and we talk to our coaches at the end of the year, we ask are we moving forward as a program and is the culture of the program good?” Radakovich said. “Are the student-athletes responding and doing as well as they can? And for the 13th time in school history in going to the NCAA basketball tournament, that certainly hit a mark. But as we look forward to the future, we want to keep moving the bar forward. Each of our sports has very different expectations and goals. You look at the number of transfers from our program and compare it to others and we are at the low end of that stick right now as it relates to other institutions. I think our student-athletes truly do like being here and I think they like the program that Brad has put together.

“Aamir (Simms) had a great year, culminating in the Skip Prosser Award. And Clyde (Trapp) graduated and decided he wanted to go and do something else at a different program, and that just happens. This is big-time college basketball and if there is one thing we have all learned over the last few years, the comings and goings are going to occur. I think Brad has done a good job and we all want to get better and we all want more success, but to be able to navigate through a COVID year and starting as well as we did, having the COVID pause, coming back from it and playing as well as we did in February, and then we had the two games that weren't the blowouts, also speaks to the preparation and competitiveness of the individuals and the staff.”

Radakovich said Brownell graduates his players, is competitive in the league, and keeps the school out of trouble.

“He receives high marks for all of that. Our student-athletes continue to graduate, they do well in the community, they are great representatives of the institution, and that is all part of the culture piece I spoke of earlier,” Radakovich said. “As we look forward, are we recruiting at a high level and are we recruiting student-athletes that will help move the program ahead? And with that, I think Brad and his staff have upgraded since the building re-opened and young people have been able to see the commitment that Clemson has to basketball. I think it's different than it was in his early years. I think there's progress. We play in a pretty good league and there are some schools with some great history and tradition in our league. Much like the circumstance our football team enjoys in the ACC, there are some basketball programs in the ACC who are like that from a history and tradition perspective, whether it's long-time tradition or short-time tradition.”