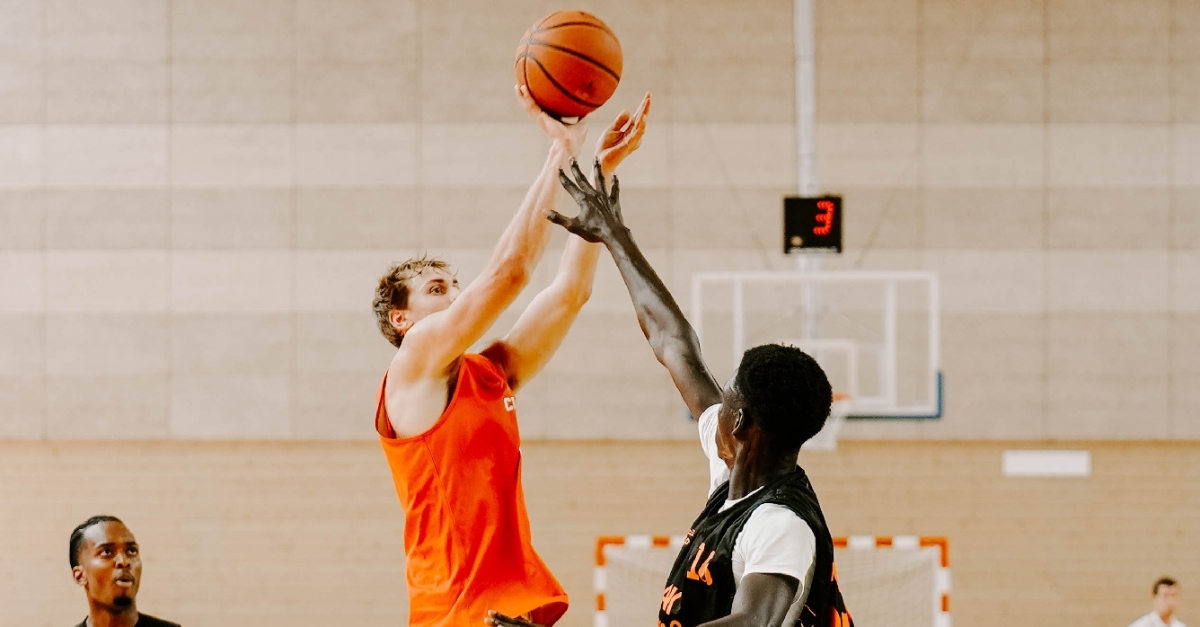 The Tigers were led by Hunter Tyson (Monroe, N.C./Piedmont) and Alex Hemenway (Newburgh, Ind./Castle). Tyson finished with a double-double of 11 points and 16 rebounds while dishing four assists. Hemenway led the Tigers in scoring with 16 and finished 4-for-8 from three.

Tyson’s 16 rebounds would normally be a career-high. He finished with 13 against South Carolina last year (Dec. 18, 2021). It would also be his second career double-double, which came in the same game against the Gamecocks (18 points).

Clemson played all 15 of its eligible roster, with PJ Hall (Spartanburg, S.C./Dorman) out due to injury.

In his first game action with his teammates, Josh Beadle (Columbia, S.C./Cardinal Newman) added eight points on 3-for-5 shooting, including knocking down two triples on four attempts.

The Tigers got off to a slow start to begin the game, but things picked up quickly toward the end of the first quarter.

Beginning at the 2:23 mark of the opening period through the end of the third, Clemson outscored the Paris All-Stars 53-21 to dominate the local team.

Three freshmen contributed in big ways during the contest. RJ Godfrey (Suwanee, Ga./North Gwinnett) and Chauncey Wiggins (Covington, Ga./Grayson) combined for 13 points, nine rebounds and four assists and finished 5-for-10 from the floor.

Clemson forced 28 turnovers and turned those into 30 points. The Tigers also posted 22 second-chance points and 36 of its 92 total points came inside the paint.

Clemson-Paris All-Stars box (game one)
Get the latest Clemson gear right here!
Comment on this story