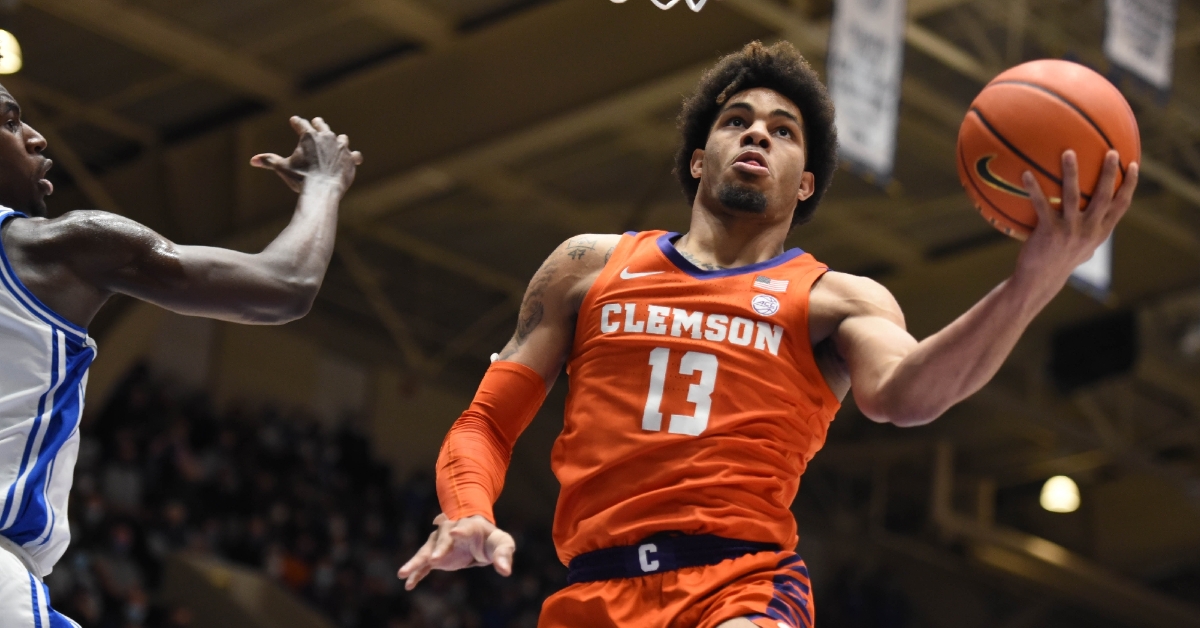 David Collins is getting an NBA tryout in the summer league. (Photo: Rob Kinnan / USATODAY)

Former Clemson guard David Collins will get to show off his skills in the NBA Summer League.

He scored 1,516 career points as a Bull (seventh-most in program history), which included his best scoring season in 2018-19. Collins posted a 587-point campaign that culminated in a 24-win season and postseason berth.

Using his extra season waiver, Collins averaged 10.3 points, 6.9 rebounds (team-best) and 2.3 assists over 32 games (all starts) last season in Clemson. He shot 38% from beyond the arc and averaged 1.6 steals per game (team-best).

David Collins, an undrafted free agent out of Clemson, will play for the Mavericks Summer League team