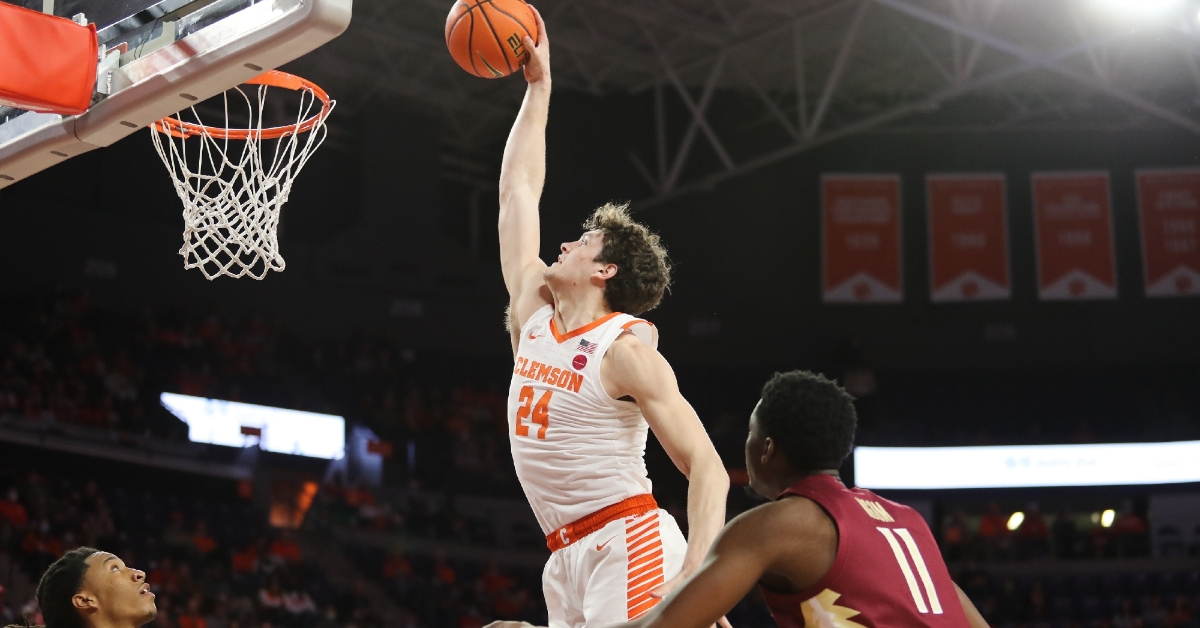 PJ Hall is the centerpiece of Clemson's returning group in the 2022-23 season. (Photo: Dawson Powers / USATODAY)

CLEMSON, S.C. — Clemson University men’s basketball will host Penn State in the 2022 ACC/Big Ten Challenge. The Alliance matchup will be played on Tuesday, Nov. 29 with the time and network designation to be announced at a later date by ESPN.

Clemson holds a 12-10 advantage in the ACC/Big Ten Challenge and the 12 wins are tied for the fourth-most among all 29 ACC and Big Ten programs that have taken part in the challenge over the years. It is tied for the most of any Big Ten team in the challenge. The Tigers are 6-5 overall at home.

Other non-conference games set include Bellarmine going to Littlejohn on Nov. 18 and a neutral site tournament from Nov. 25-26 in Niceville, Florida starting with the Iowa Hawkeyes.