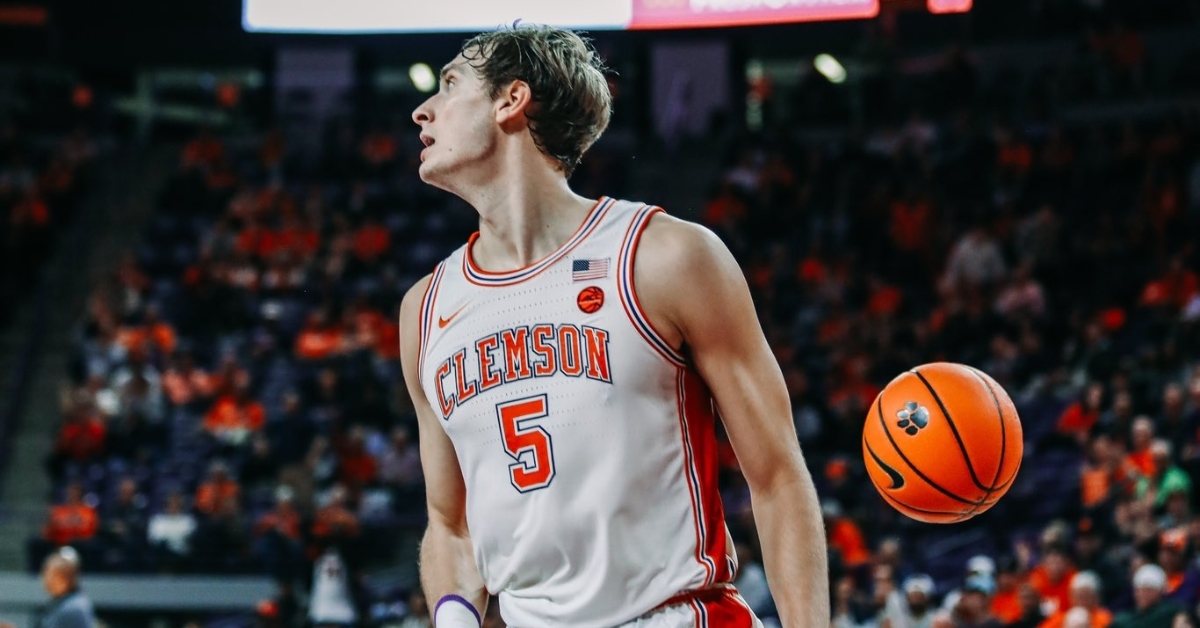 Hunter Tyson is among the league's leaders on a Clemson team starting to gain more recognition.

Clemson men's basketball is poised for its first ranking in the polls in a couple of seasons and it has as much momentum as just about anybody in the country.

The Tigers (15-3) stretched a program-best ACC start to 7-0 with home wins over Louisville and Duke last week, which earned them the NCAA.com Team of the Week honor from Andy Katz.

Clemson moved up to No. 13 in Katz's college basketball power rankings, which is 10 spots higher than anyone else in the ACC.

The 72-64 win over Duke was a first in the series since the 2020 season and the Blue Devils were ranked as high as No. 21 in the nation. PJ Hall scored a season-high 26 points, while transfer guard Brevin Galloway added 17.

The 83-70 victory over Louisville marked Clemson's best-ever conference start to that point at 6-0, sending the Cardinals to an 0-6 ACC record. Tigers leading scorer Hunter Tyson put up 28 points and 11 rebounds and was joined in double-figures by Chase Hunter (13), Hall (10) and Galloway (10).