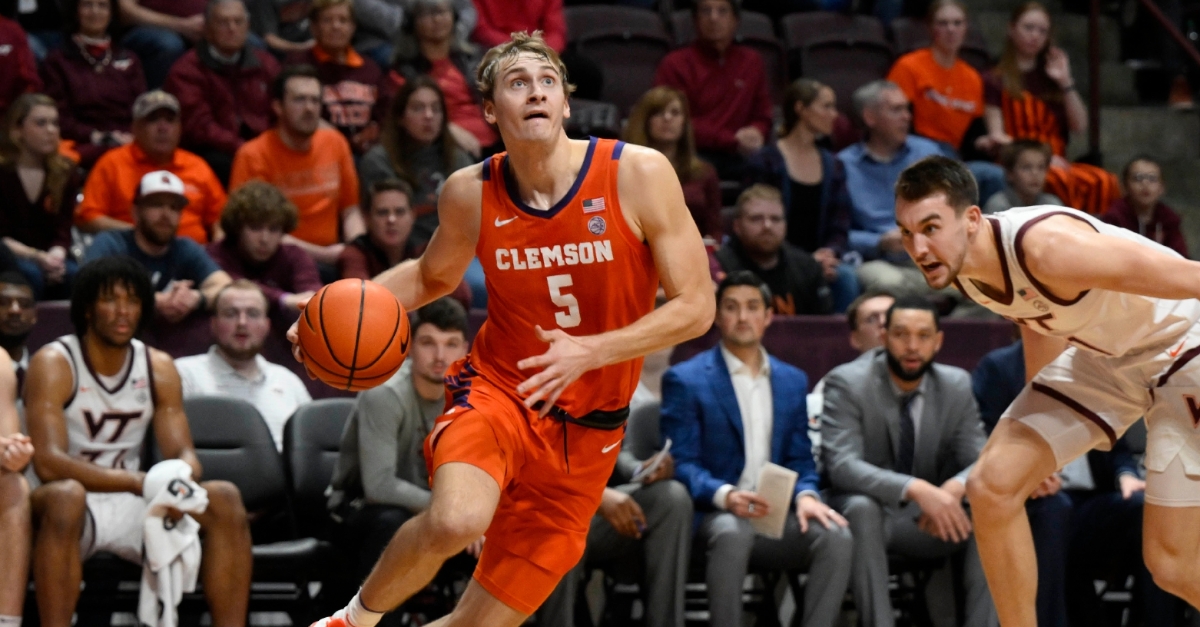 Hunter Tyson has been among the stars of ACC action so far. (Photo: Lee Luther / USATODAY)

ST. LOUIS – The U.S. Basketball Writers Association has selected 50 outstanding players for its 2022-23 Oscar Robertson Trophy Midseason Watch List. Members of the association’s board of directors chose the players to be included on the list as contenders for the National Player of the Year.

Clemson’s Hunter Tyson (Monroe, N.C./Piedmont) was named to the watch list on Thursday.

Tyson has netted double figure scoring 17 times and double-digit rebounds on 11 occasions. He scored a career-high 31 points and grabbed a career-best 15 rebounds in a win over NC State. It was the first 30-15 game for a Tiger since Horace Grant in 1987.

The Monroe, N.C. native was named ACC Player of the Week for his performance against the Wolfpack on Dec. 30. He was honored on Jan. 2 by the league.

Since the 1958-59 season, the USBWA has named a National Player of the Year. In 1998, the award was named in honor of the University of Cincinnati Hall of Famer and two-time USBWA Player of the Year Oscar Robertson. It is the nation's oldest award and the only one named after a former player.

At the conclusion of the regular season, the entire USBWA membership will vote for the award. The winner of the award will be announced at the 2023 Men's Final Four in Houston with the formal presentation to follow at the annual USBWA Awards Luncheon hosted by the Missouri Athletic Club in St. Louis.