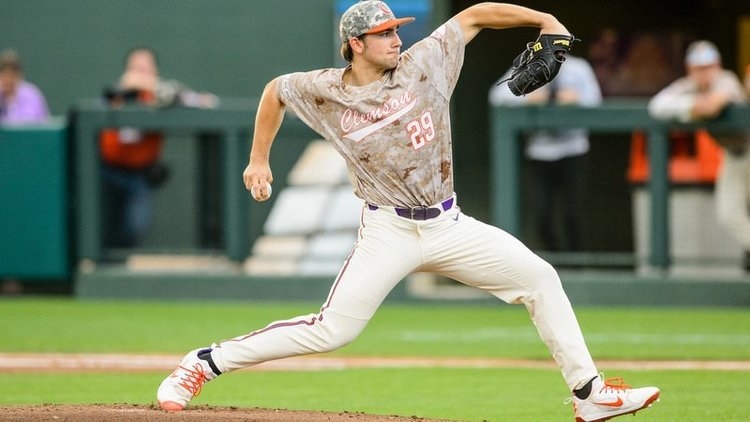 Strider will miss the 2019 season

CLEMSON - During an interview session Friday, head coach Monte Lee, pitcher Spencer Strider and other players discussed a rash of preseason injuries for the Tigers.

It was announced earlier this week that Strider, a sophomore pitcher, pitcher Carter Raffield, and catcher Drew Donathan will all miss the 2019 season.

Strider was a freshman All-American a season ago, posting a 5-2 record with a 4.76 ERA in 22 appearances, with six starts.

He struck out 70 batters in 51 innings pitched and opponents hit only .215 against him.

“Injuries are part of the game. It’s just one of those things that you have to deal with. Obviously, you feel really bad for the guys individually when they have to go through it, but all you can hope for is that the team steps up,” Lee said. “There’s no point in continuing to feel bad about it. It is what it is. We have to deal with it but we also have to move forward. We have a great team, a great group of guys, and we’re going to move forward and try to be as positive as we can.”