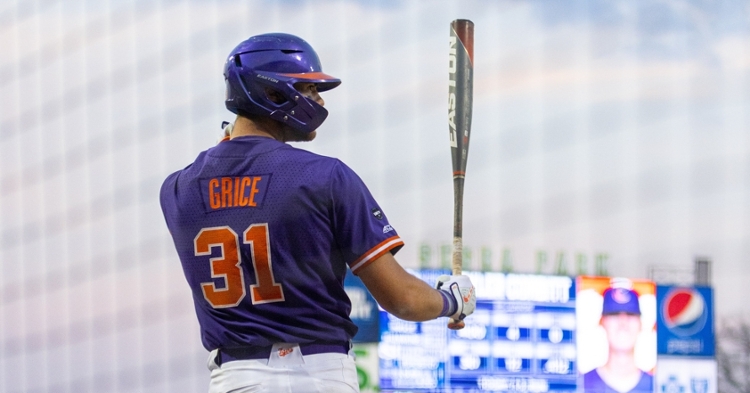 The Tigers go back to Segra Park for the second time this season, looking for the same result as the win over the Gamecocks in early March.

The Tigers travel to Columbia, S.C. to take on College of Charleston on Tuesday at 7:05 p.m.

• Clemson, who has a 3-0 neutral record, swept No. 21 Georgia Tech in three games at Doug Kingsmore Stadium last weekend.

• College of Charleston, who has yet to play a neutral game and is averaging 6.5 runs per game, is led by fifth-year Head Coach Chad Holbrook.

• The Cougars won two of three games at UNCW last weekend. They are hitting .281 and have a 3.77 ERA and .965 fielding percentage.

• Clemson is the designated visiting team and occupies the first-base dugout on Tuesday.

• Clemson has a 2-1 all-time record in three games at Segra Park in Columbia, S.C.

• In the only previous meeting at Segra Park, Clemson beat the Cougars 4-1 on March 20, 2019 in a game Jackson Lindley started on the mound.

• A reason for its solid rating is due to the Tigers’ difficult schedule, which is No. 8 in the nation.

• Clemson has eight wins over top-25 RPI teams, tied for sixth most in the nation. The Tigers also have three wins over No. 29 Georgia Tech.

• Clemson has 12 wins over top-50 RPI teams, tied for eighth most in the nation.

• Seven of Clemson’s eight ACC series, including each of the last six ACC series, have been against ranked teams.