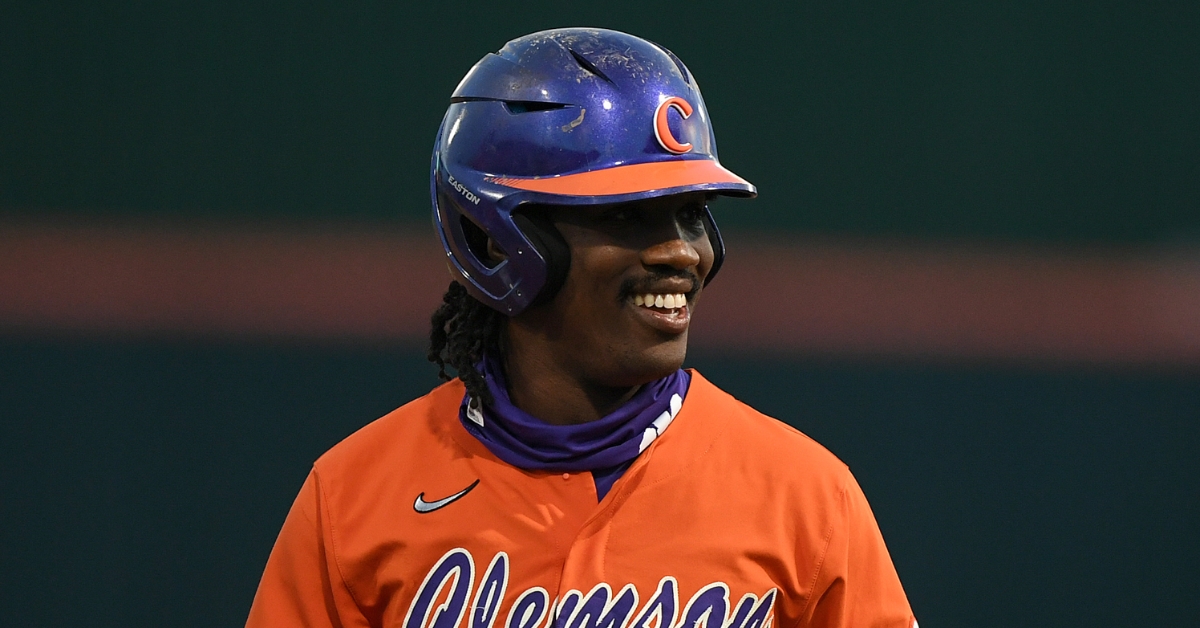 CLEMSON, S.C. - Kier Meredith's single in the seventh inning scored two runs, breaking a 2-2 tie, to propel Clemson to a 5-2 victory over Wake Forest in the series opener at Doug Kingsmore Stadium on Friday night.

The Tigers (16-18, 10-12 ACC) swiped a run in the first inning when Sam Hall stole home on a throw to second base. In the fifth inning, Wake Forest (13-18, 6-15 ACC) loaded the bases with one out without the benefit of a hit and scored two unearned runs on two passed balls to take a 2-1 lead. Meredith's two-out, run-scoring single in the bottom of the fifth inning tied the score. In the seventh inning, Meredith hit his third single of the game to score the go-ahead run, then Hall scored on the play on an error. Bryce Teodosio added an insurance run in the eighth inning on a two-out double.

The series continues Saturday at 3 p.m. on ACC Network Extra.

Meredith comes through AGAIN to put #Clemson ahead! ????

After Teodosio & Hall single, @KierMeredith drives in Teodosio then Hall scores on a throwing error after being ruled safe on review!

Teo comes through in the clutch! ?? @ahackenberg7 doubles with two outs, then @BryceTeodosio13 rips a double of his own to extend the Tiger lead! ??