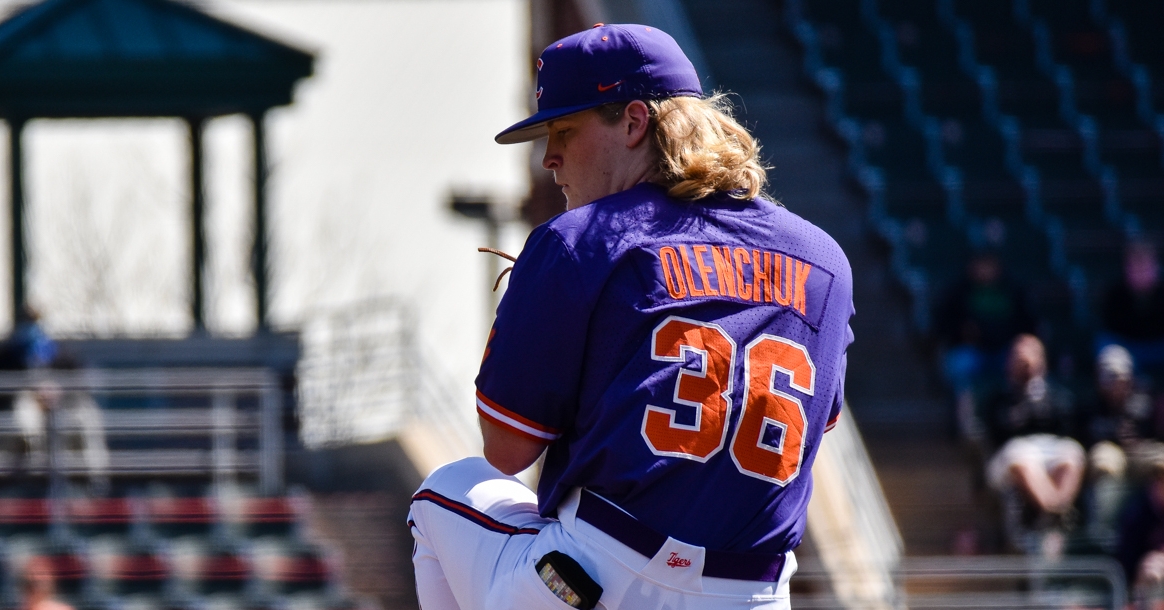 Olenchuk takes the hill on Tuesday for his first appearance since March 20. (ACC photo)

• Clemson, who has a 9-7 home record, won one of three games at home against Virginia last weekend.

• College of Charleston, who has a 2-4 road record, is led by fourth-year Head Coach Chad Holbrook.

• The Cougars won two games against Tennessee Tech last weekend. They are hitting .251 and have a 4.93 ERA and .968 fielding percentage.

• Joseph Mershon is hitting .337 with four homers and 15 RBIs, while Harrison Hawkins is batting .314 with five homers and 23 RBIs.

• Freshman righthander Mack Anglin was a reliever early in the 2021 season, but he has recently moved into the weekend rotation.

• He has made two starts and has allowed seven hits, one run and no walks with 12 strikeouts in 9.0 innings pitched in his starts.

• Opponents are 0-for-7 with five strikeouts with the bases loaded.

• He pitched 6.0 innings of one-hit ball with six strikeouts against no walks to earn his first career win against Virginia on April 9.