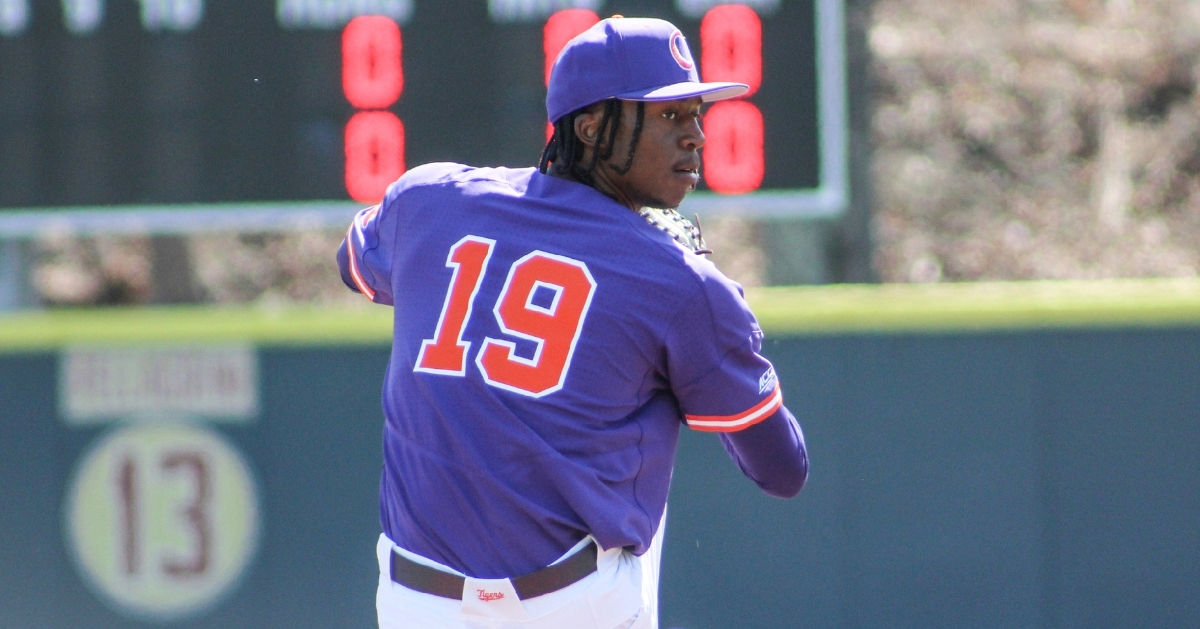 Askew has a 1.35 ERA through 13 1/3 innings over three appearances this year (Clemson athletics photo).

The Tigers hit the road for the second weekend in a row, this time to face NC State in a three-game series at Doak Field.

• Clemson, who has a 3-4 road record, was blanked 2-0 by No. 23 Georgia at home on Tuesday after sweeping Boston College on the road.

• Clemson scored a run in 144 straight games before it was shut out against No. 23 Georgia. It was the nation’s second-longest active streak.

ASKEW RETURNS ON TOP OF HIS GAME

• Sophomore lefthander Keyshawn Askew suffered a leg injury in a scrimmage on Feb. 14 and did not make his first outing until March 14.

• He has recovered and been one of the team’s best pitchers since his return.

• He has 18 strikeouts against only one walk and has not allowed an extra-base hit.

• He has totaled 66 strikeouts against 27 walks in his career.