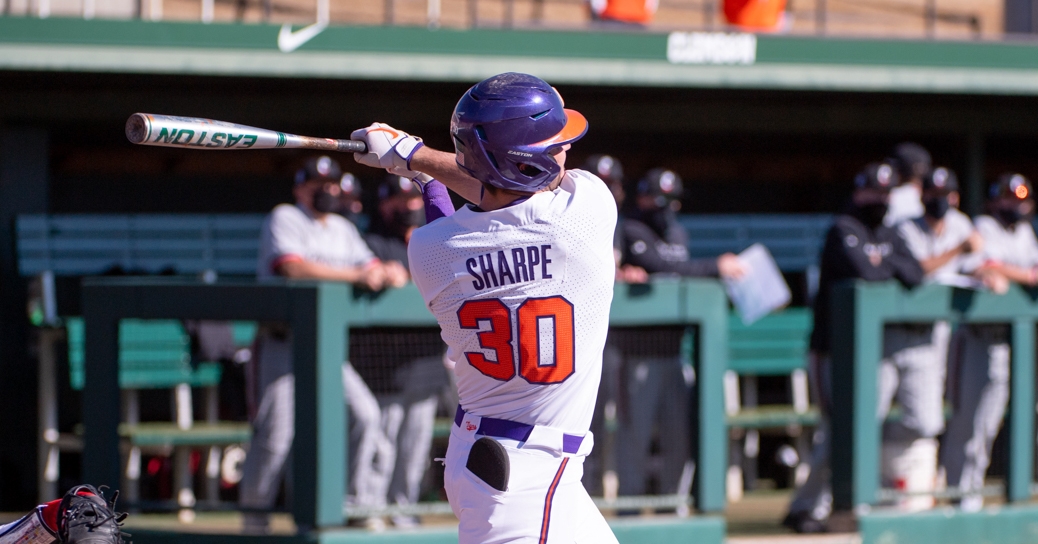 The Tigers conclude the regular season with a three-game home series against Duke.

• Duke, who has an 8-13 road record, is led by ninth-year Head Coach Chris Pollard.

• The series opener against Duke marks Clemson’s first game on a Thursday in 2021.

• Clemson has won eight home games in a row.

• Twelve Tigers have started a game on the mound in 2021.

• Sophomore utility player Davis Sharpe was Clemson’s opening-day starter on the mound, but he was hampered by injury in March.

• He started the series opener in each of the first four weeks of 2021 before being shut down on the mound.

• The preseason first-team All-American has since rounded into form, making his return to the mound against USC Upstate on May 5.

• He was able to contribute offensively during his hiatus, starting many games at first base, Clemson’s best defensive player at the position.

• He allowed just one hit, no runs and one walk with nine strikeouts in 5.0 innings pitched to earn the win against Cincinnati on Feb. 19.

• He hit a two-run walkoff homer in the first game of a doubleheader against Wake Forest on April 25.

• He pitched 4.1 innings in relief, allowing three hits and no runs with eight strikeouts to earn the win at No. 10 Florida State on May 15.