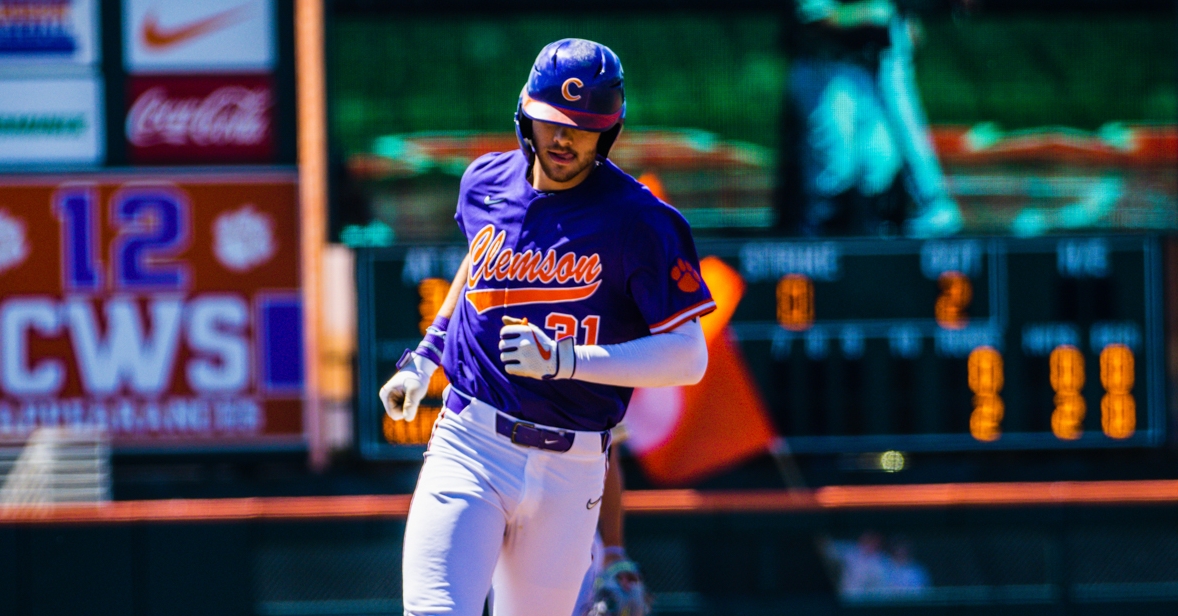 Caden Grice hit his fourth home of the series and is up to 10 RBIs on the weekend. (ACC file photo)

CLEMSON, S.C. – Caden Grice’s solo homer in the eighth inning broke a 4-4 tie and lifted Clemson to a 5-4 win over No. 4 Louisville at Doug Kingsmore Stadium on Saturday afternoon. The Tigers, who took a 2-0 lead in the series, won their fifth game in a row and improved to 20-18 overall and 14-12 in the ACC. The Cardinals dropped to 23-13 overall and 14-8 in ACC play.

After the Tigers scored a run on an error in the bottom of the fourth inning, they took advantage of another error in the fifth inning to tie the score 4-4 with two runs. With one out in the eighth inning, Grice laced an opposite-field home run, his fourth of the series and 12th of the year, to give Clemson the lead.

The series concludes Sunday at 2 p.m. on ESPNU. Sunday is Senior Day, as Clemson honors its seniors during a pregame ceremony at 1:40 p.m.