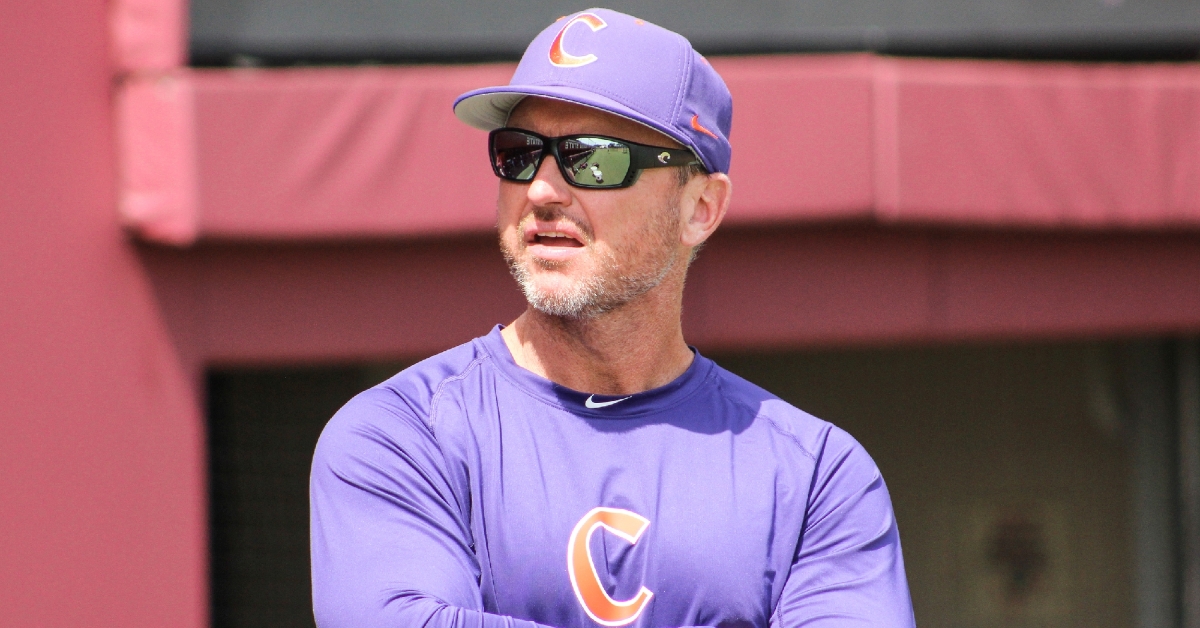 Monte Lee wasn't a big fan of the strike zone and was tossed on Sunday. (Clemson athletics photo)

The Tigers scored four runs in the first inning, highlighted by Caden Grice’s two-run double and run-scoring singles by Bryar Hawkins and Florida native Blake Wright. In the second inning, Jackson Greene lofted a two-run double and Tyler Martin slapped a run-scoring single to cut Clemson’s lead to 4-3. The Seminoles scored two runs in the third inning on two base-loaded walks to take the lead.

In the sixth inning, Wright, who was making his first start since March 14, belted a two-run homer, his first career long ball, with two outs to give Clemson the lead. But the Seminoles rallied with four runs in the eighth inning.

The Tigers conclude the regular season with a three-game series against Duke at Doug Kingsmore Stadium, beginning Thursday at 6 p.m. on ACC Network Extra.

Clemson-FSU box
Get the latest Clemson gear right here!
Comment on this story